[Visual bug] All skill proficiencies for every character are negative

I'm playing Solasta in multiplayer with a couple of friends, and we noticed when looking at the proficiency tab of our characters that all skills are in the negative. After exploring this issue a bit, it seems like every single character has this issue: Pre-gen and custom, characters that are active in a campaign and have levelled up, characters that were never played with, in both singleplayer and multiplayer.

Here is an example of a pre-gen character that I never played with, viewed through inspecting them from the game's main menu: 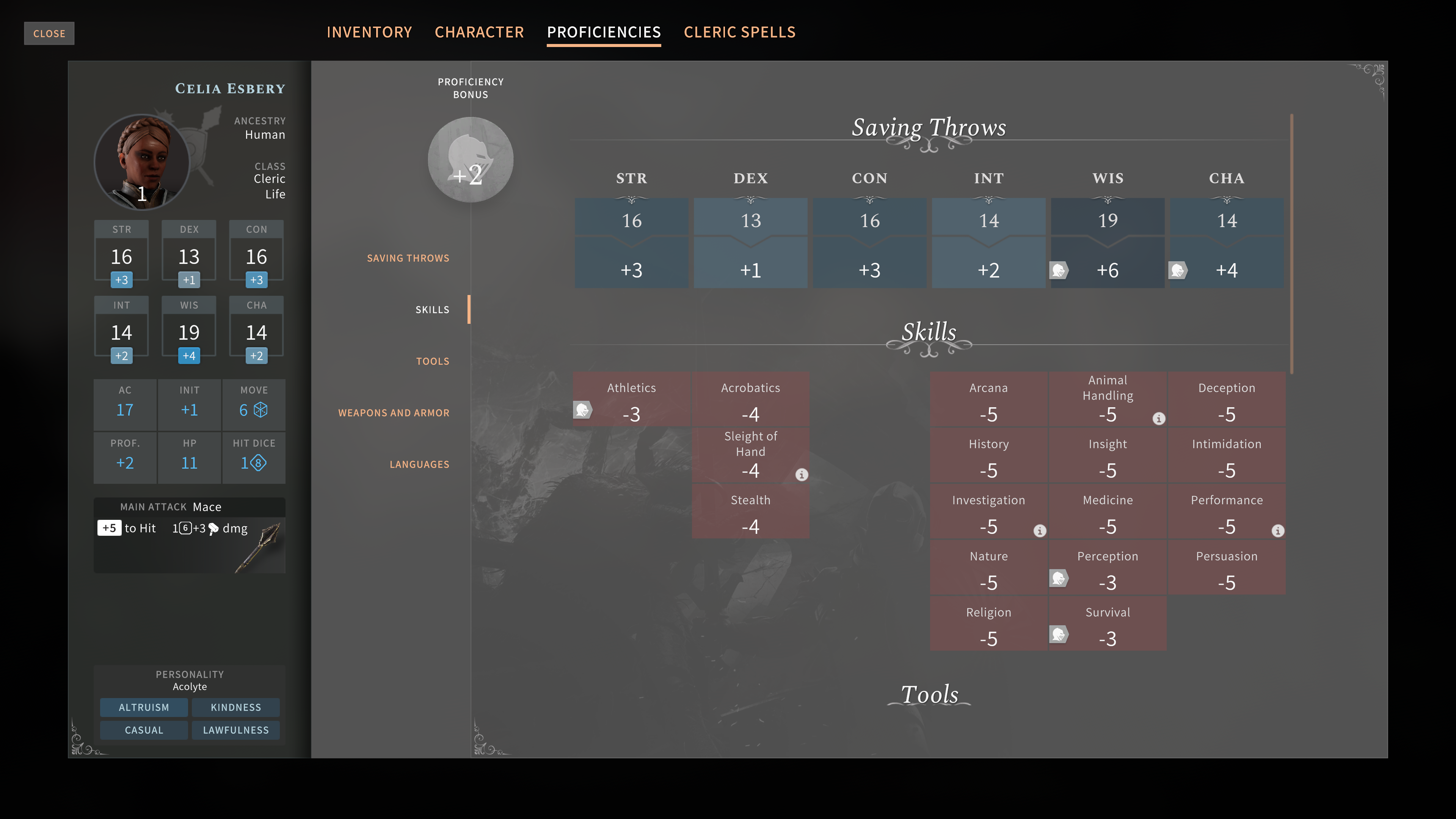 Here's a personal character currently active in a campaign: 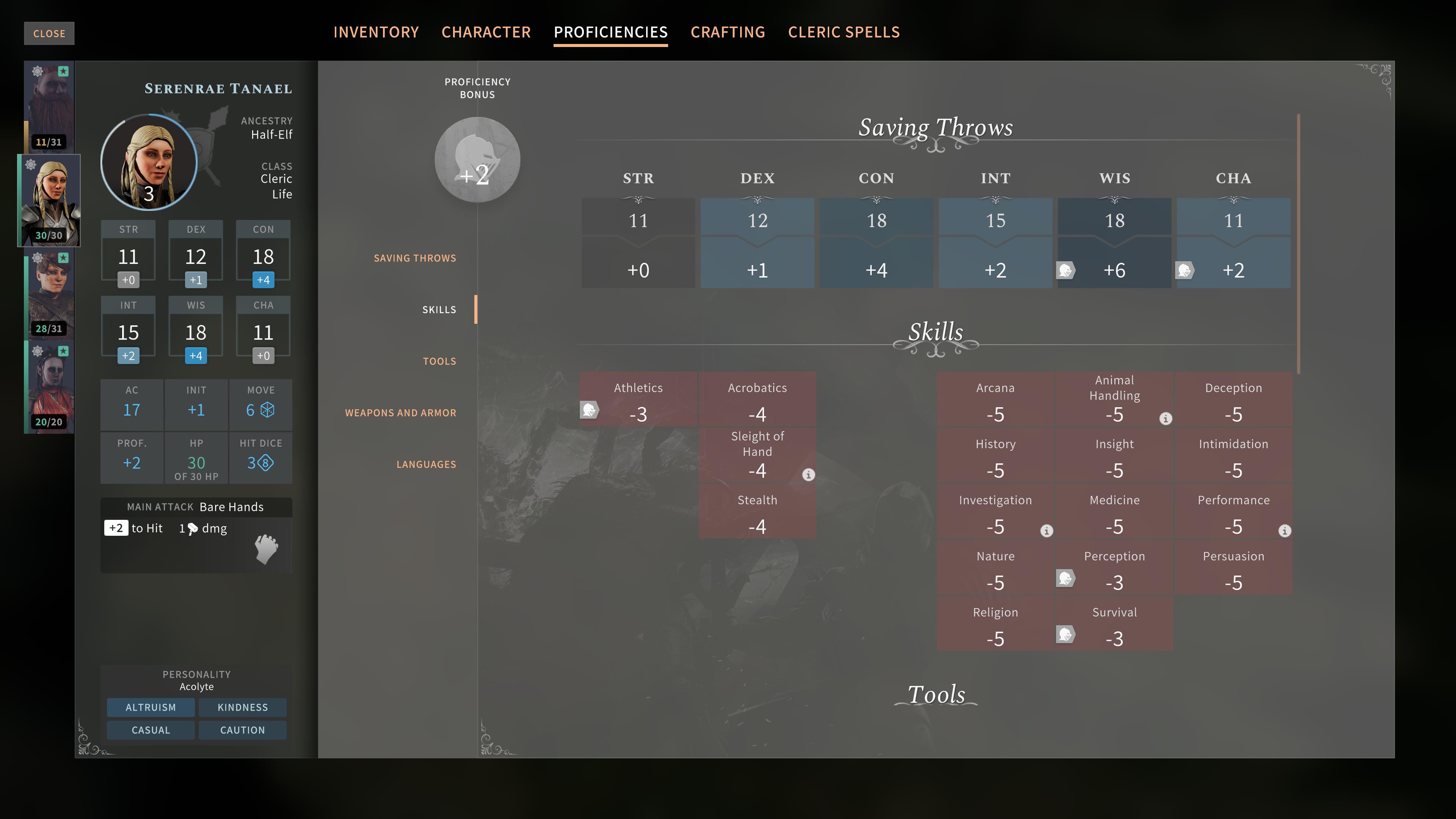 The three of us are all experiencing this issue. We're playing on version 1.3.46 - Public.

Luckily, it seems to be only a visual bug. Checking the log at the top right of the screen while in-game, it shows the modifier still being added to the roll. Serenrae for example has a -3 survival in her inventory screen, yet rolled her survival check with a +6:

Lastly, the bug does not seem to be present during the character creation screen.

I'd be happy to provide any further information needed.

Playing through GamePass and just ran into this exact same issue. Every single one of my characters and pregen characters, in game and in the character select screen, all had -5 in every skill but their actual skills still registered on rolls. Quitting and reloading fixed it for me. Didn't get a screenshot before fixing it.

This seems to happens every time one cancels the character creation. After that all characters show this bug in the inspect screen