Hello there you wonderful folks,

We know a lot of you have been craving a slice of that delicious Solastan pie. We keep showing you new stuff, but screenshots and videos alone are not enough! Well, today we're here to deliver some great news - Solasta will have a new Demo available during Steam Summer Festival, starting Tuesday June 16th! But that's not all. We will also do a Dev Stream and an Ask Us Anything on our Discord Channel during that week, so be sure to drop by and say hello!

What's on the Menu for the New Demo? 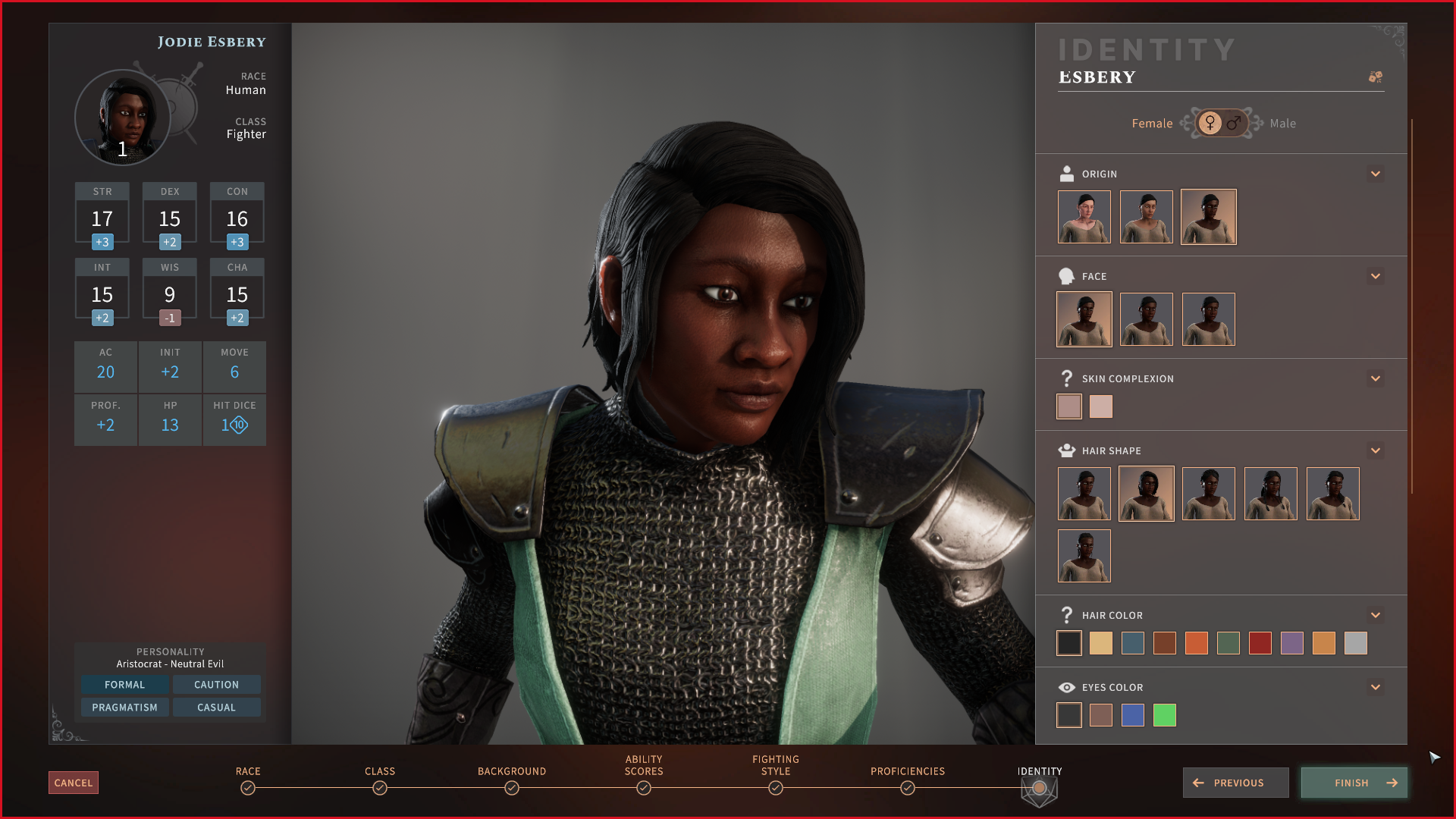 That's right, you'll be able to create your very own party with our Character Creation Tool! Have fun exploring all the different choices and options available to you, and if you feel a bit lost don't forget to check our video Dev Diary about this particular topic!

The Ruins of Telema module is also back! A short 1h30 adventure featuring a pre-made party of 4 level 3 adventurers with no risk of spoiling the main campaign since it's a stand-alone module - so don't hesitate to play it! Unfortunately you won't be able to take your newly created characters into Telema since this module only supports the existing pre-made party, but the final game will of course allow you to do so. 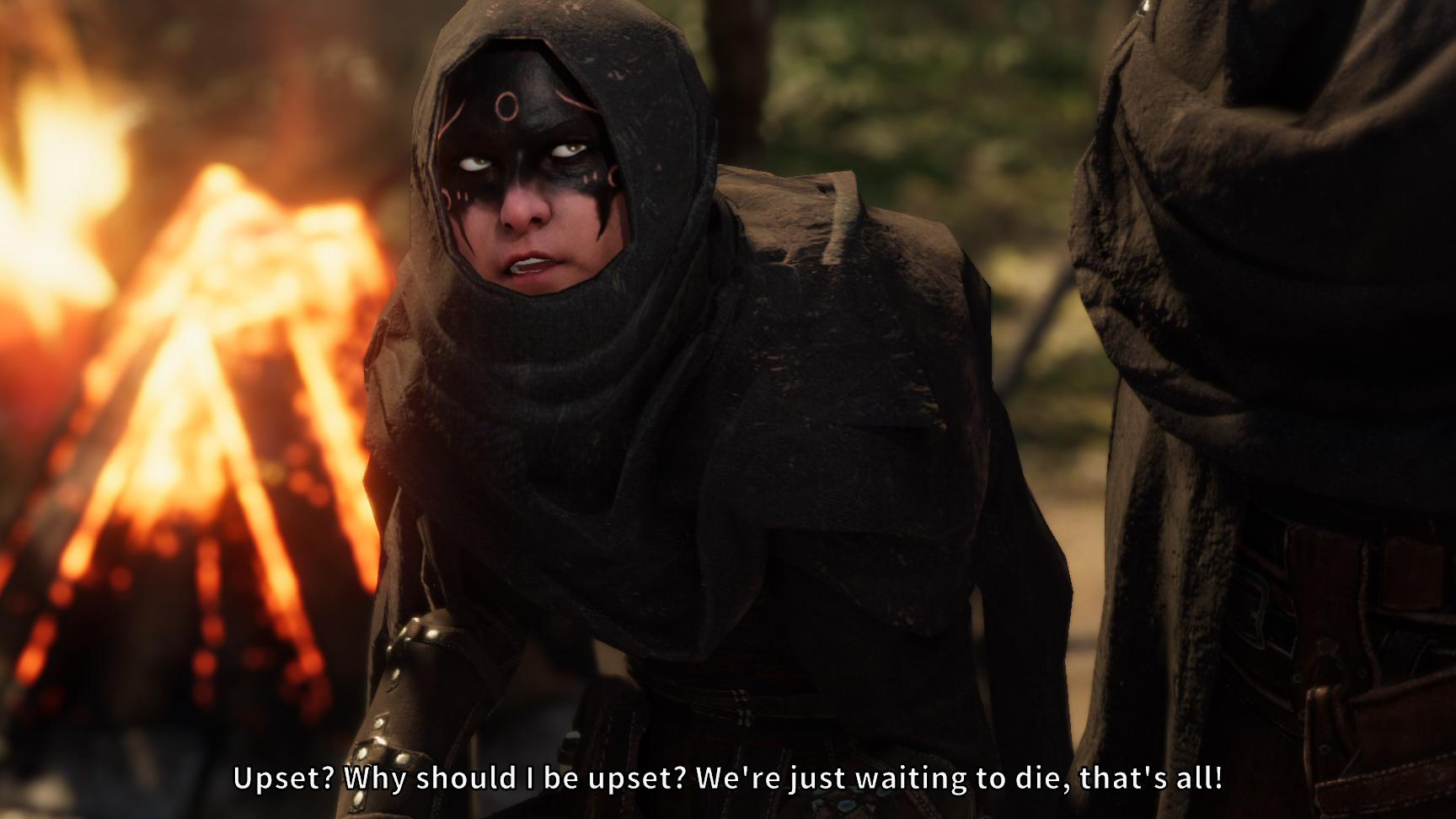 For our returning players, the Ruins of Telema v2.0 has been updated with the latest character models, facial animations, spell effects and even has a couple new features such as being able to use 'Ready Action' in combat, or lighting oil puddles from afar with Firebolt! Give it a try again, you won't regret it.
Note: Keep in mind that we're still in Alpha, so everything is far from being final! We will be adding additional customization options and quite a bunch of other features before release, but we encourage you to tell us what cool things you feel are missing on our Forums!

A Week of Festivities

Make sure to join us on the following dates to talk to the team directly:

You can set a reminder on Steam by going to these event page and clicking the "Set a Reminder" button.

Talk with the Devs (Chill Stream)

Come have a chat with us on stream! Mathieu "Tactical Archimat" (Creative Director), Xavier "Zaz" (Gameplay Director) and myself Emile "Myzzrym" (Community Lead) will be streaming the Demo at the start of the Steam Summer Festival. We'll be discussing Solasta and answering questions taken from our chat for approximately two hours, so make sure you're following us on Twitch. If you don't have an account there, worry not - we'll also be streaming directly on Steam, on our store page!

Ask Us Anything on Discord!

For those who can't make it to the stream on Tuesday, we'll also be taking questions in a special channel on our Discord Server on Friday during the entire morning (US) / afternoon (EU). Anyone can ask questions! We'll be gathering all of them and answering them in a separate channel for visibility, then make a recap on our Forums!

Here are the answers to a couple of questions we often receive that we're already covered.

Is Solasta going to have a multiplayer / coop mode?

No, at least not for Solasta: Crown of the Magister. Adding multiplayer was scoped and deemed too much of a risk for our first project, we wanted to focus on making a great single player game first. That being said, it's something we'll keep in mind for our future games - we very much enjoy coop games ourselves!

What's our stance on modding?

We love modding! As we're developing Solasta on Unity, the game will be moddable by default (think Pathfinder: Kingmaker). We've looked into creating Modding Tools, but designing ones that would be simple enough to use would be very complicated indeed. Still, it's somewhere in our backlog - so maybe sometimes after launch? No promises though, it's a huge task!

What languages will Solasta support?

We have announced localization for France and Germany (text only), and we're looking into Russian and Chinese (nothing confirmed yet)

Will we have Solasta on Consoles?

This is very much something we would like to do, so we're currently looking into it! However we're focusing on releasing a PC version first, which remains our top priority.

We haven't decided anything yet! We love community feedback, so we're looking at what makes the most sense for Solasta.

Has a release date been announced for Solasta?

Nice, I was planning another run with the demo. Will the new demo update the old one? or I must reinstall it?

I have the game on my wishlist, will we be getting a notice or email to download the demo?

Very cool to have the opportunity to try out the character creation ! And of course, eager to dive again into the ruins to have a tea party with the orcs.

Wonderful news ^^ I'm öooking forward to spending hours trying to get my party members to look perfect XD And Telema 2.0 and the other updates are wonderful too.

Also, the human fighter lady in your preview image is very pretty and I might use her as inspiration for one of my own characters :3 I also hope the final version of the game will include pale skin and a variiety of facial tattoos for marsh halflings ^^

I'm a roleplaying and worldbuilding enthusiast who appreciates the weird and wonderful.

A nice idea to use the original demo as a test bed. Do we have to uninstall the original demo first or can we just install the new one over the existing one? It would be neat after release one day to see the different variations of demos to see how the game developed from the original idea and presentation to the gold status and beyond.

The demo will update for those who still have it installed! Unfortunately it's a little bit too much of a nightmare to keep track of multiple different demo builds so you won't have a way to retain the old demo after that :(

I don't think you'll be notified specifically for Solasta Demo by Steam (we don't have a way to do that for now), but you'll very likely receive a notification / mail when the Steam Summer Festival goes live, meaning our demo will be available too :)

Ooh, I can't wait to play it and try creating multiple parties to see what it's like :D Quick question: could I stream it on Twitch? Since it's a public demo on Steam, I kind of assume it's allowed, but I wanted to ask just in case!