I don't know if this is a bug or the way the game works, but I was running through the Lowlife background sidequest named "Misaye's Birthday". In the quest, you have to pick the lock on a chest with a very high difficulty. You are allowed multiple attempts, and after each failure you are given the option to pay money to reduce the difficulty on future attempts. On my latest runthrough, I failed three times, and paid 1, 5, and then 10gp before I succeeded on my 4th try. After looting the sword, I noticed that there were four lockpick sets in my inventory. Looking at the log, I received one after making the "donation" after a failure.

Is this a bug? I don't remember this happening in previous runs, but maybe it did and I didn't notice. Are we supposed to use the "new" lockpicks in some way to open the chest? The lockpicks sell to Gorim for 7gp, so selling three of them means that I actually made money on the exchange (21gp vs 16gp, although a 5th attempt would have made it close to break-even). 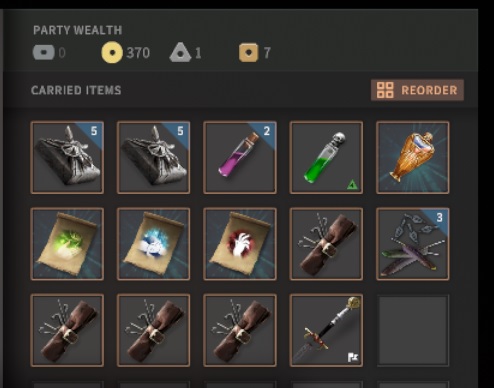 Sign-in to participate in this thread!