Well folks, there we are! Our Kickstarter Campaign is now live, and so is our Demo on Steam! So, what are you waiting for? Head over there and check it out!

That being said, this is not all we have to show! To accompany our Kickstarter, let us regale you with not one, not two, but three videos. 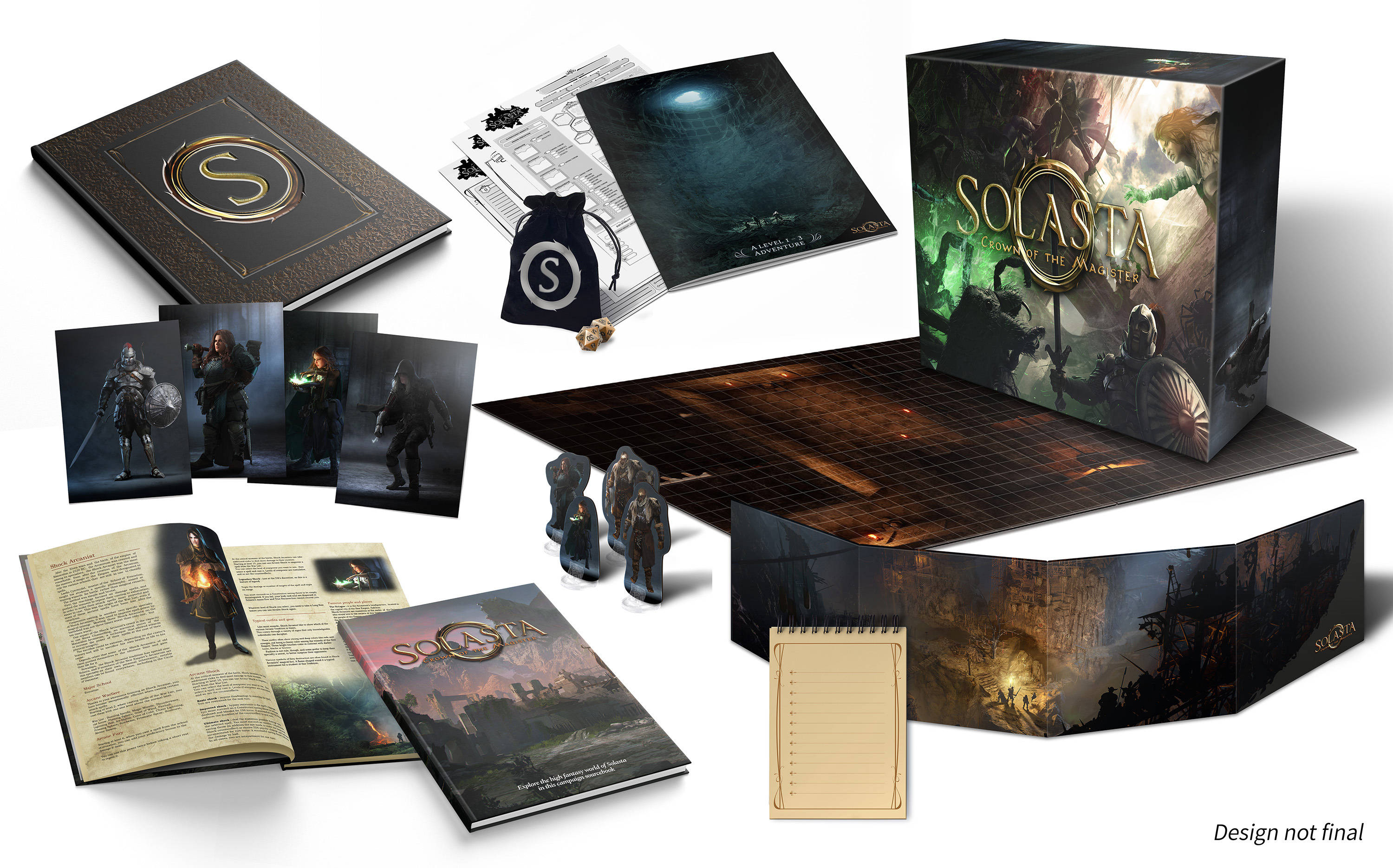 All the wonderful goodies you can get during our Kickstarter

Guys, but where were you? I played the first piece of the demo until the orc encampment and I don't know how to express how much I missed a game like that !!! That is, it seems to play a real D&D board game, the rules, the freedom of action, the choices possible only in this small part of the game. I also did a little fight with spiders and it was really like playing D&D seriously, never seen such a faithful reproduction !!!! The dubbing and initial dialogues such as the demo of the skill tests for different answers by the npc are also great. And thank you from the bottom of my heart for having kept a system of space and management of the visitor so well done. The interface can say that it is really clear and well designed with all the necessary information taken perfectly from the rules of the game. I'm seriously thinking of taking the full version with the game in the box, even the photos of the rules in paper format attract me very much. I have no other words to add except that you are doing a great job and if this approaches the final result, BG3 you should have done it !!!!!!

I just LOVED to play the demo! CONGRATULATIONS!

Thanks for your feedbacks! We know there's still a lot of work but it's nice to see you guys understand what we want to do, here. Don't hesitate to share you thoughts about what bothers you in the demo and help us make it even better. We also have some hot topics to come that will need your opinion to help us decide.

Finished the demo! It was a great demonstration of the game's potential. I have to say that splitting the dungeon into objective and encounters is not bad at all. Of course the most interesting part is the fressibility to reach the final goal. Excellent section to hide with the system that warns you when you're about to be seen. The clashes are well balanced and fighting with enemies that come to you from the walls has been really complex to manage compared to the usual. I love the counter for reactions, opportunity attacks and other things in my opinion is a brilliant system !!!!!
Go on like this guys when the next demo? :P