Fight in "The Collector" quest

In "The Collector" quest, when reaching the location, there is a fight against four enemies. I've initiated it with a wizard floating in the air and everyone else staying on a ruin right in front of the enemies, wizard then flew to join the others. All enemies stood in place, mages were casting but Berserker did nothing and Veteran only shot crossbow with +1 attack modifier. 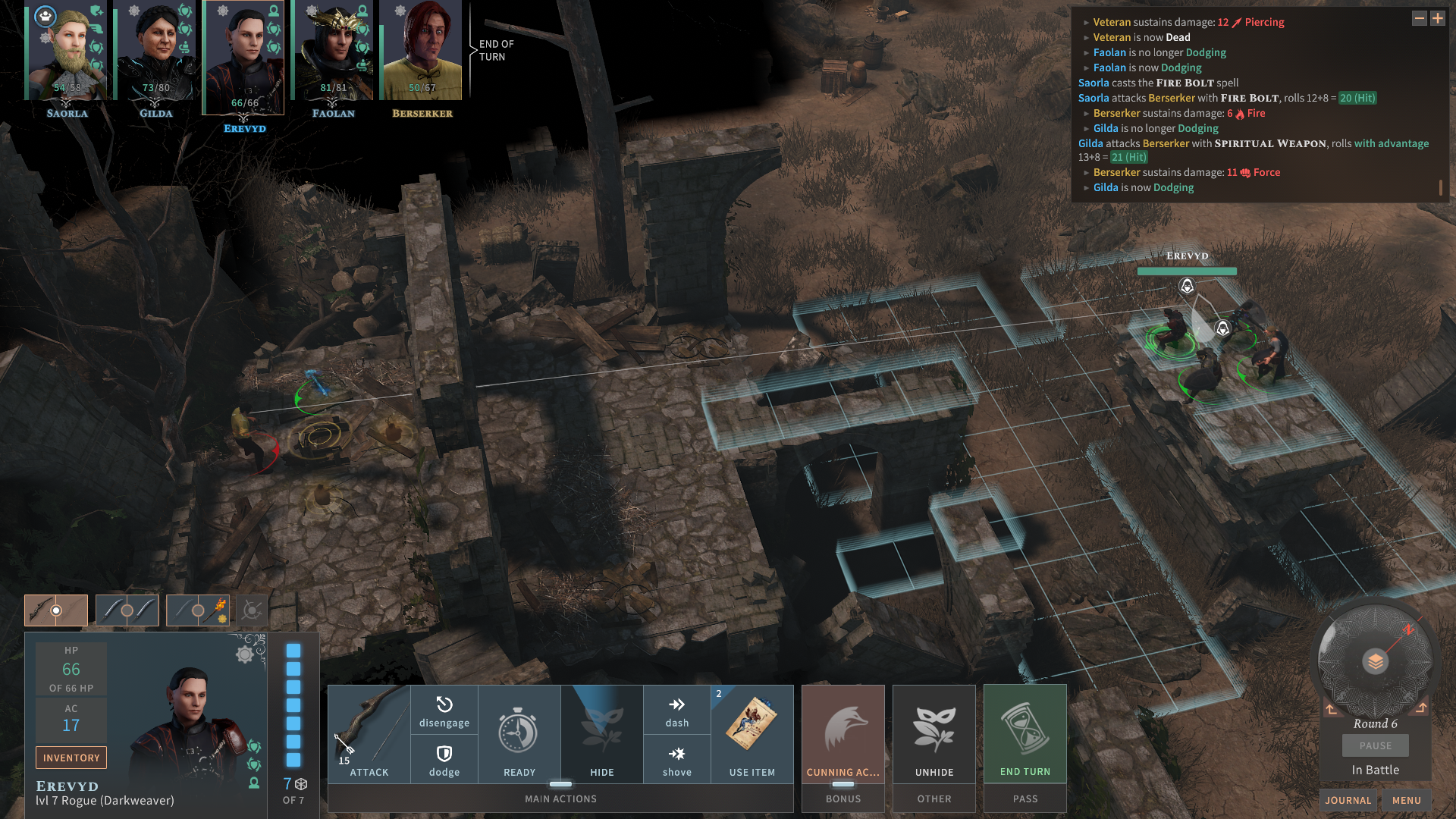 At first I thought it's an AI issue, but then realised that enemies just don't have enough athletics to climb that ruin or jump there. Berserker only has +3 athletics (no proficiency), and Veteran for some reason decided that a crossbow with +1 attack (1/2 cover) against 19 AC is better than going in melee with +5 modifier and 3 attacks. Considering this quest appears late enough, I think it's not how it supposed to be - enemies not being able to reach the party when the latter stands right in front of them on an obvious spot. EIther enemies there should be able to jump in melee, or the ruin piece should be harder to reach (I climbed there is stealth) or positioned less conviniently.