Edit: We are aware that currently gadgets are not working properly when linking multiple dungeons together. This will be fixed in the next update (Solasta 1.0 launch)

The Dungeon Maker is a tool available directly inside Solasta: Crown of the Magister, which you can use to create new "User Locations" - think custom maps or dungeons. It requires no additional downloads or anything, simply launch the game and the Dungeon Maker will be there!

Keep in mind that the tool is currently in Beta - and will still be in Beta once Solasta: Crown of the Magister fully launches, as it is a recent addition to the game. As such, it is still missing quite a few features that we plan to add later on (for instance, we're aiming to implement a quest system, merchants, more environnements and the like). 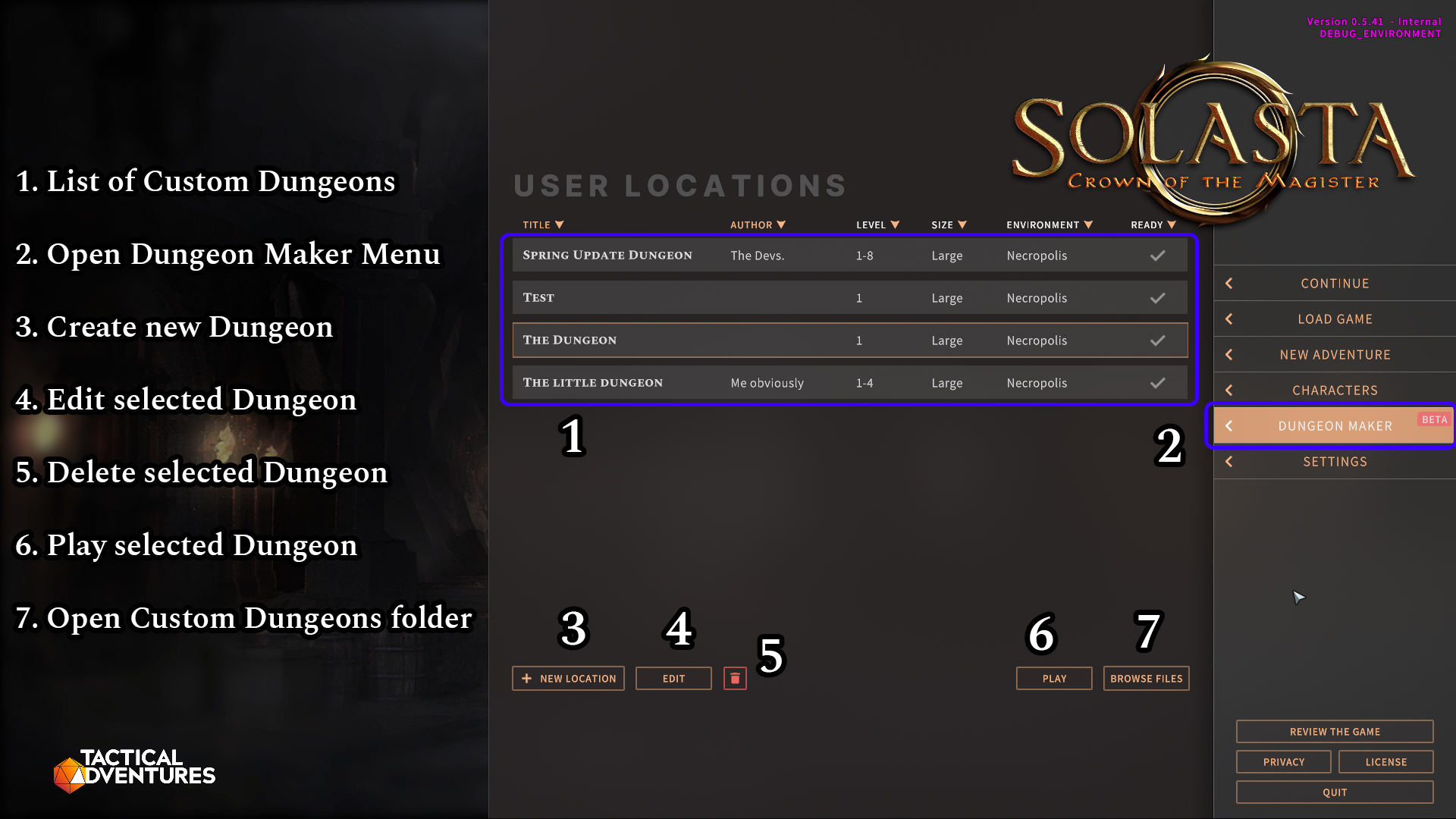 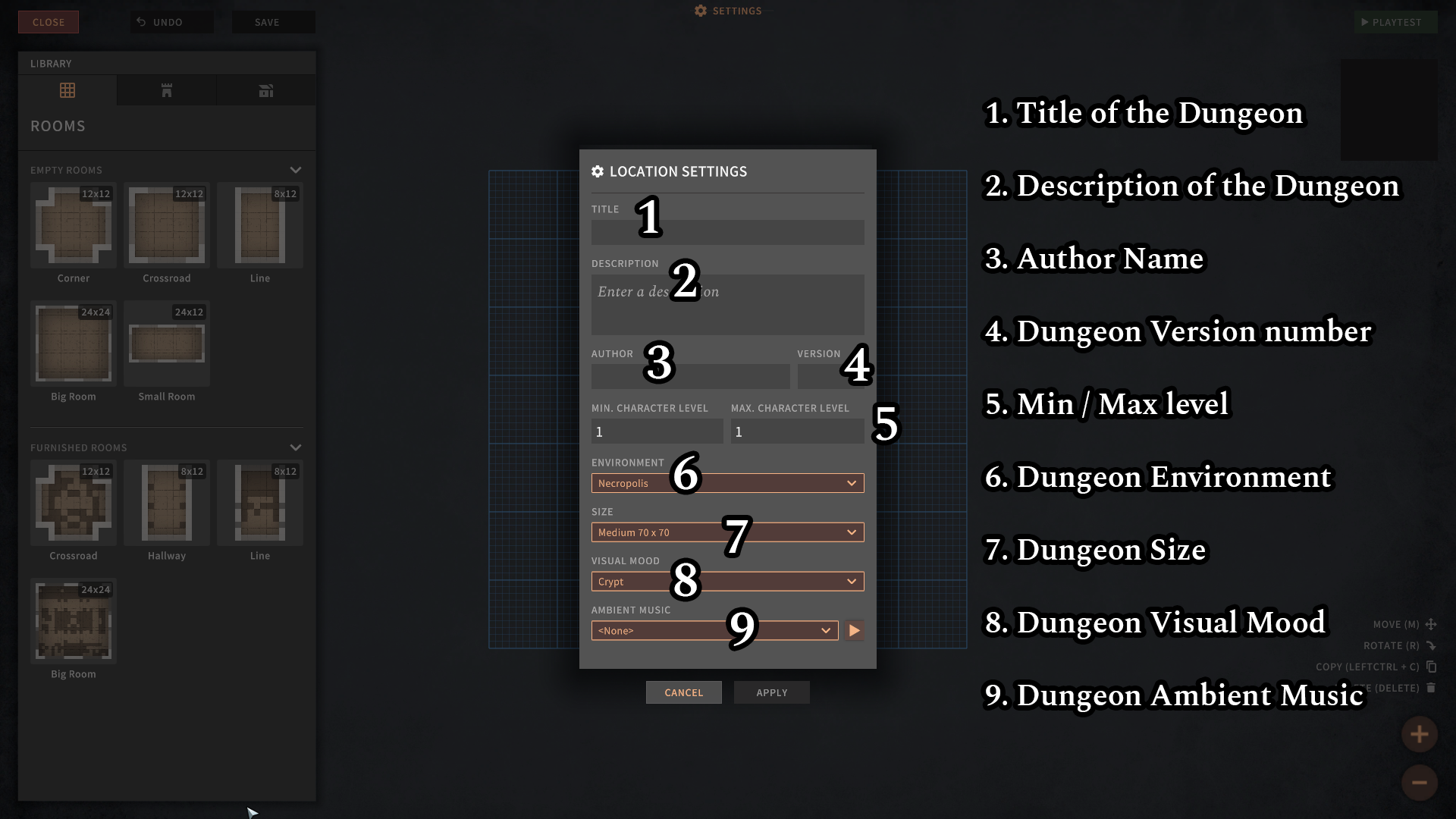 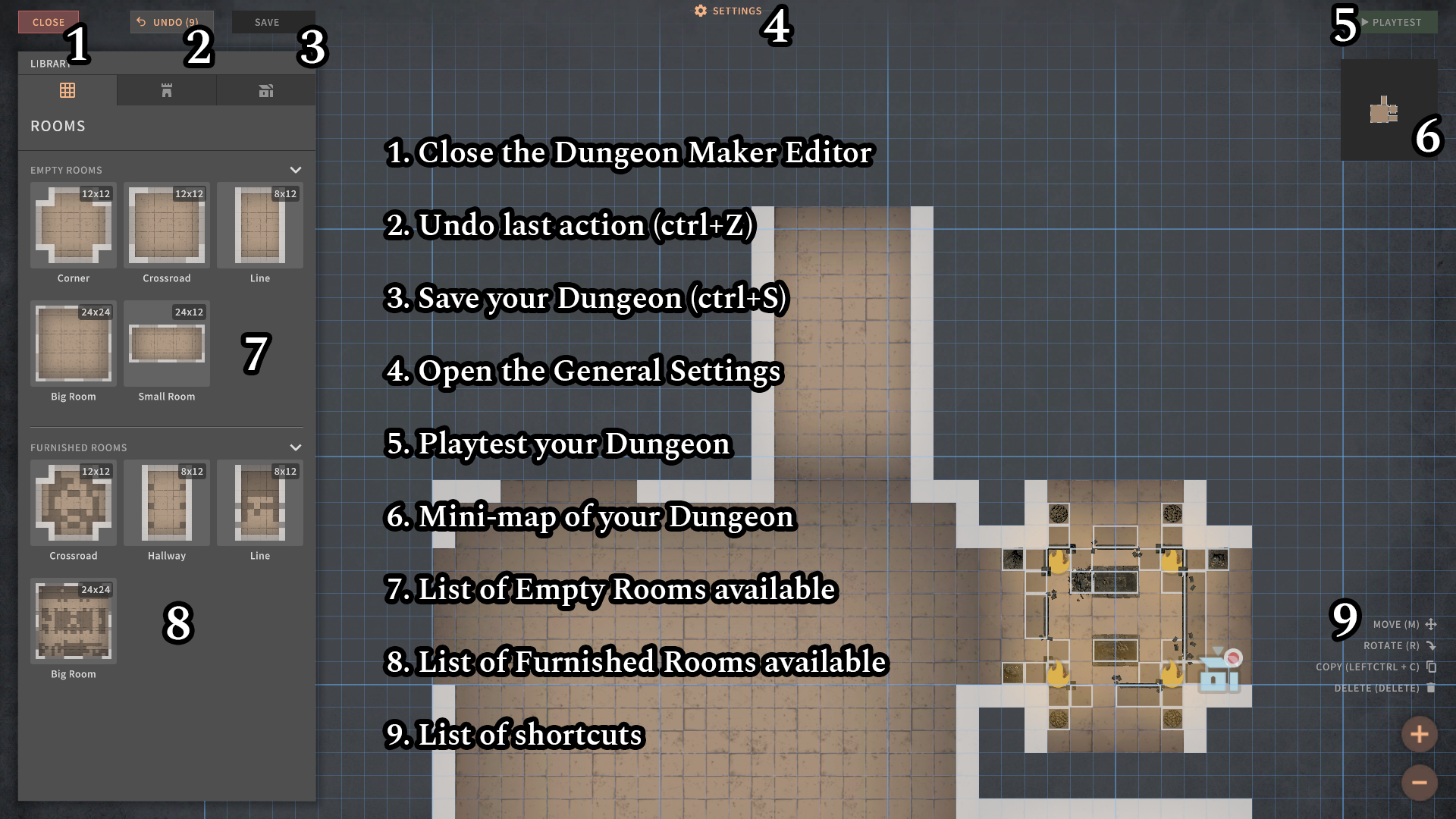 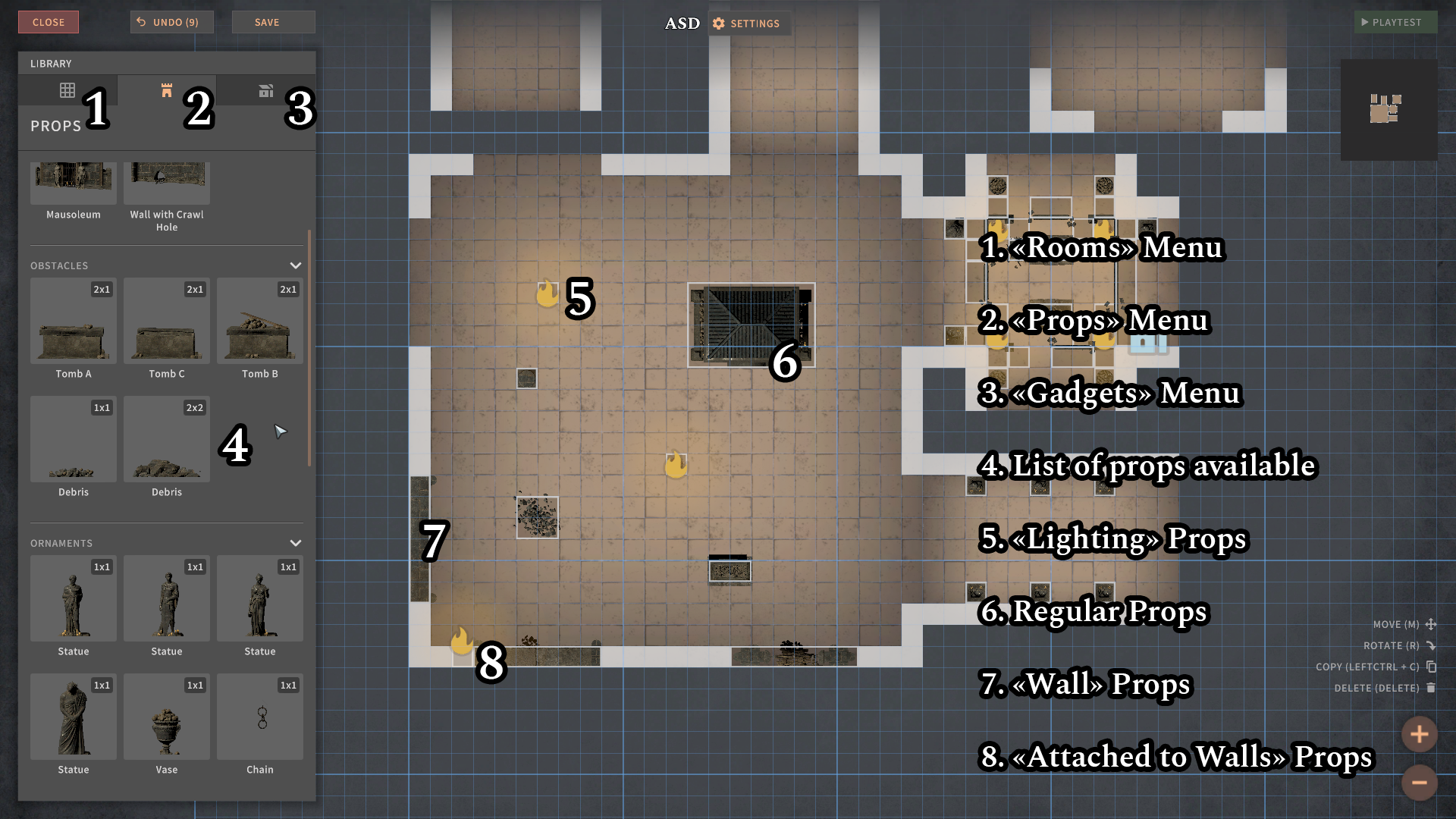 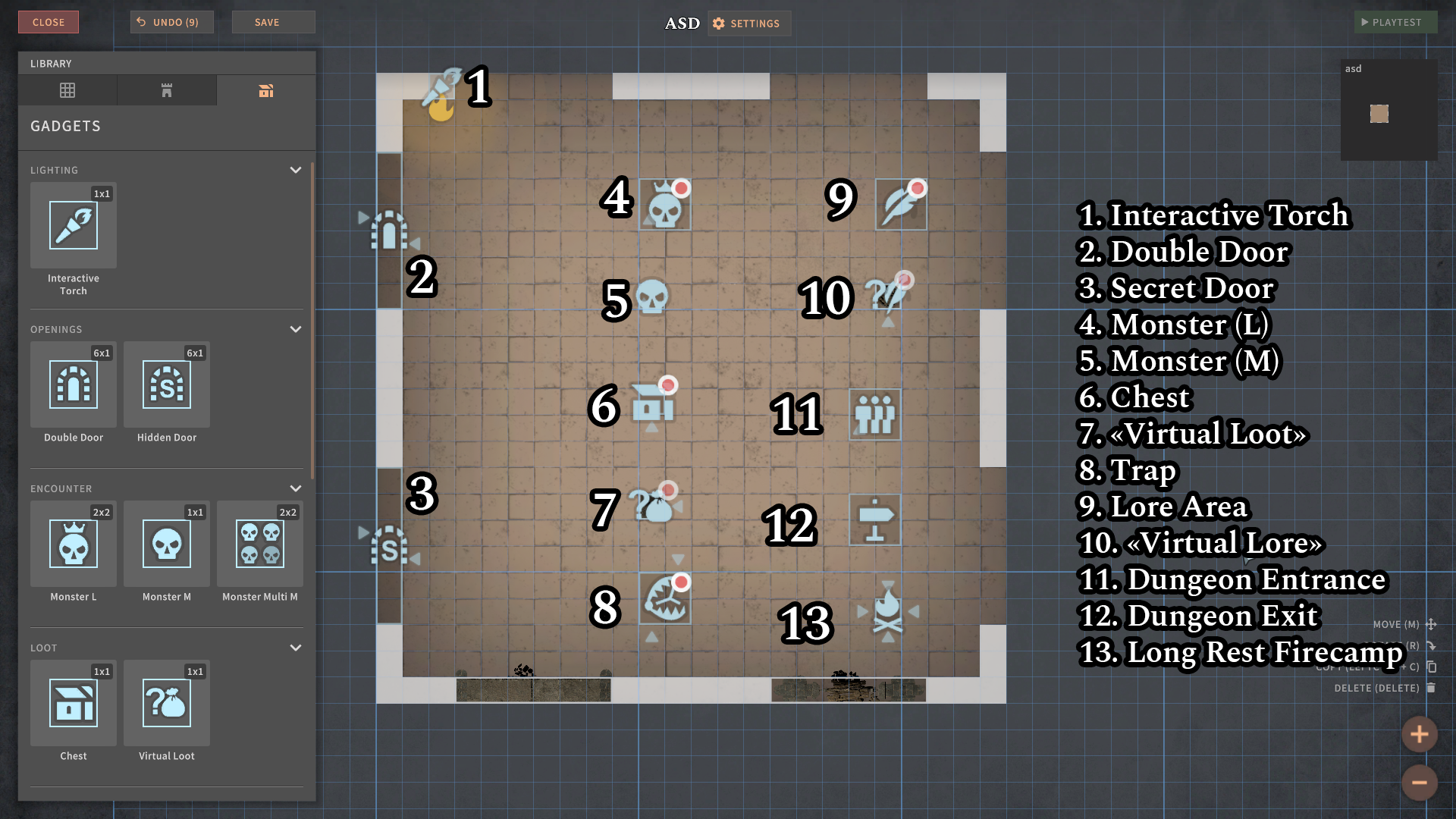 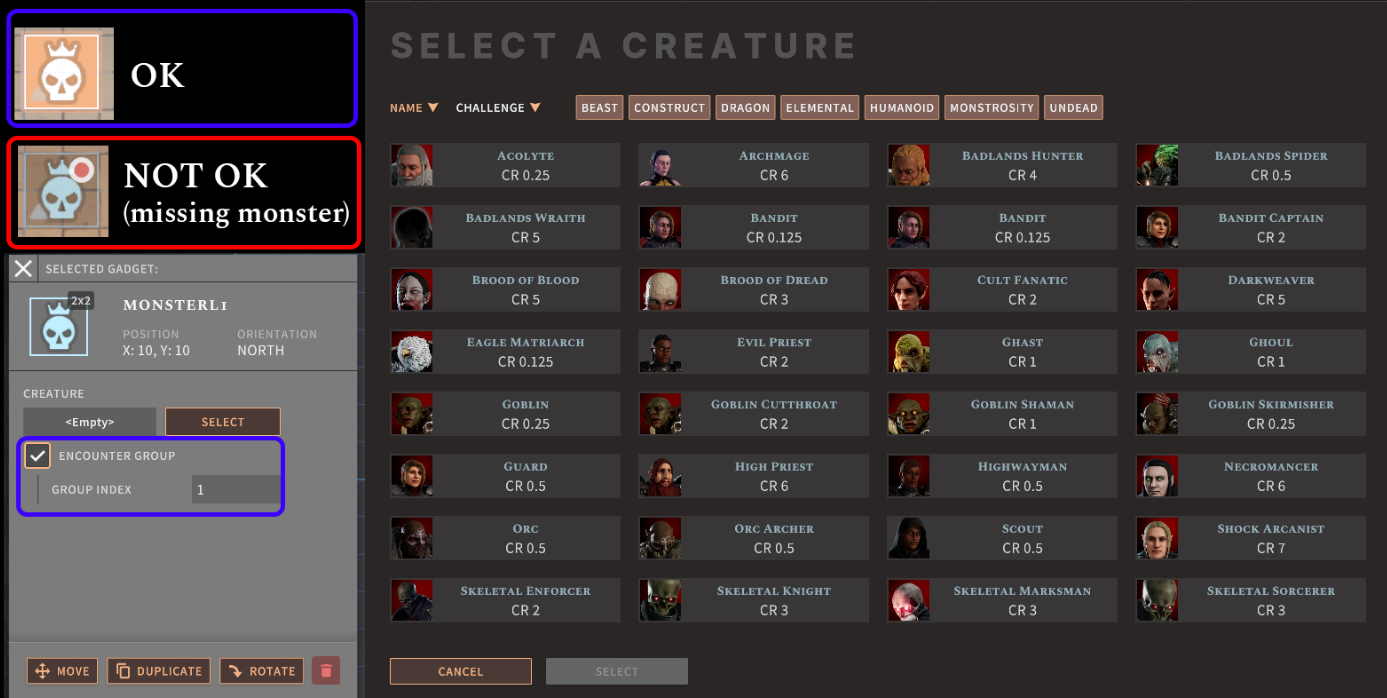 You can access your custom dungeon folder by simply clicking the in-game "Browse Files" button in the Dungeon Maker menu. The folder can also be manually found there: "C:\User\[YourUserName]\AppData\LocalLow\Tactical Adventures\Solasta\UserContent\Locations". Whenever you create a map in the Dungeon Maker, the game will create a .json file containing all the information with the same name there.

For the moment we're still working on Steam Workshop Integration. In the meantime, you could always drop by good ol' NexusMod where many other mods are already available (reminder: mods are community driven, Tactical Adventures has no control over them and cannot guarantee that they work properly).

How do I play a dungeon I just downloaded?

Simply copy paste the .json file into you custom dungeon folder, that you can either access by clicking the in-game "Browse Files" button in the Dungeon Maker menu, or manually opening "C:\User\[YourUserName]\AppData\LocalLow\Tactical Adventures\Solasta\UserContent\Locations". The new dungeon should then appear in-game in the Dungeon Maker list.

I have a question about the Dungeon Maker!

Drop a comment here, and if you still have questions feel free to swing by our Discord server and head to the #modding channel!

Will you update for the Dungeon Maker in the future?

Of course! You might have noticed the Dungeon Maker is still lacking quite a few features, and that's because the Dungeon Maker will still be in beta when we release the full 1.0 version of Solasta (we've got to make sure we wrap up the main campaign properly first). There are tons of things we want to add later - quest systems, dialogs, merchants, more environments... Make sure you tell us what you'd like to see first!

Why can't I play XYZ dungeon?

Make sure you check out the little (✔️) next to the dungeon in the Dungeon Maker! Often it will tell you what's wrong. Here are the two most common reasons:

What is the precise format to be used, when designating exit/entry points? As in, if I use a single digit to designate the point, what if I make multiple dungeons/modules? If I use for ex exit 2 to entry 2 in module A; how will the game know whether I mean entry 2 in which module? Since each level has to be remapped and the file named, what ties file "BCD" to "ABC" and not to "XYZ"?

I have absolutely no clue what happened to my 1st dungeon. I had the 1st floor completely done and tested, then built a 2nd floor. Put an exit from the 1st to the 2nd and one from the 2nd back to the 1st; and if you look on STEAM under the DUNGEON MAKER thread I started, when I went to reload the dungeon to playtest the transition, it loads black and grey polys and the party is dead.

If you want the party to be able to go back to Dungeon A, create an exit point in Dungeon B where you select entrance point 1 in Dungeon A.

If you want the party to be able to go back to Dungeon A, create an exit point in Dungeon B where you select entrance point 1 in Dungeon A.

I do not believe you are following me.

Now, how does the DM know WHICH entry, a given exit is pointing to, if they all have the same numbers assigned? The DM asks for an "index" to be entered when you create the entry/exit. Generally speaking, an index will be a numeric value. Are they asking here for a file name and a numeric value?

I'll give that a shot.