I figured I'd repost this in the Dungeon maker section.

For example I have an empty map A that links to map B with monsters.  I go from map A to map B but decide I want to go right back to map A without fighting anything.  Map A now has some of the monsters from map B.  It seems like they monsters spawn in the X/Y coordinates of where they should be on map B but instead are showing up on map A.

I've actually had a monster spawn inside a wall because of this.

2) With linked dungeons, CR loot chests seem to be using the loot table chests from a different map.  E.g. I have map A as a staging area with some chests with items so you can equip your characters however you want.  However, CR X loot chests on a linked Map B (actually seems to be any linked map) use the contents of chests on map A instead of their own randomized loot.  It seems to be once this has happened, if I try to go back to Map A from Map B the game crashes with the corrupt data message.

3) After opening a secret door I could climb to top of the edge of the doorway.  Only saw this once, haven't tried to repeat it yet.

4) You can soft lock in combat when using the 'Wall with Crawl Hole'.  Players can't get to the other side, and large monsters won't squeeze through it.  I had an issue where some wolves joined another combat when they were behind the crawl hole but a Dire Wolf couldn't come through.

The combination of 1/2 seems to make my trial at a dungeon hub very unstable right now.  I've uploaded it to nexus mods since each individual dungeon map works.  But the links to the dungeon hub are prone to crashing, the loot chests have wrong items in them often, and monsters 'follow' you back to the hub (where no monsters should spawn).

It might be helpful for you guys to have my created dungeon hub to test these issues out.

You can find the dungeon hub here:

Thanks for the report. For #4 I don't quite follow: Normally characters are able to crawl during combat - although it takes a lot of movement to do that, so you may need to be very close to the hole. Can you test again #4?

Regarding #4, I can't speak for the DM, but I was playing around with the crawl holes near the Goblin Cave and Sorak Camp in the OC. You know the ones at Caer Lem?

I'm not sure if this helps you at all, but I can confirm that large creatures cannot go through them. In the Goblin Cave, goblins will pursue you thru them, but not a dire wolf or ogre.

Also, maybe this is what you mean by a soft lock, but the movement around them is quirky in that you can lock out any enemies pursuing you. The crawl space itself is not a viable space for a combatant, if you stand in the closest space on one side, no enemies on the other side can launch a melee attack against you and they cannot enter the crawl space itself or make it to over to your side. Depending on the angle and how the physics are mapped, you can still exchange ranged attacks. In other words, it's a very easy way to cheese those battles if you are so inclined. It's basically a chokepoint that's too good to be true.

It looks like the key is to keep those away from combat areas, which is what the OC seems to do. I only drew the enemy there because I was getting my butt kicked on Cataclysm mode.

So, I've encountered a bugbear, it seems. It pertains to Lore Areas in linked dungeons. Upon testing it seems that if a lore area is placed adjacent, or within 1 square, of an entrance from a another level the lore area wont trigger. I've created a few test maps to see if this was just happening on my original dungeon, and it is not. In my testing any time you transition into another dungeon adjacent Lore Areas wont trigger. 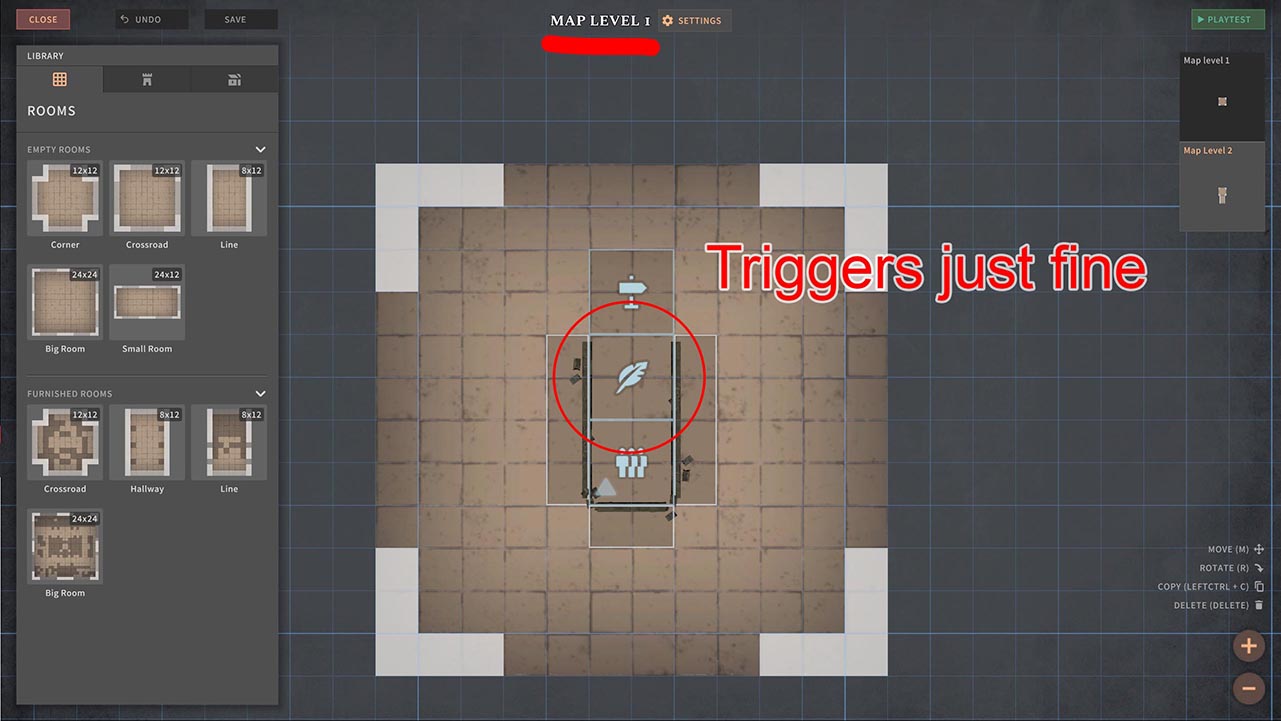 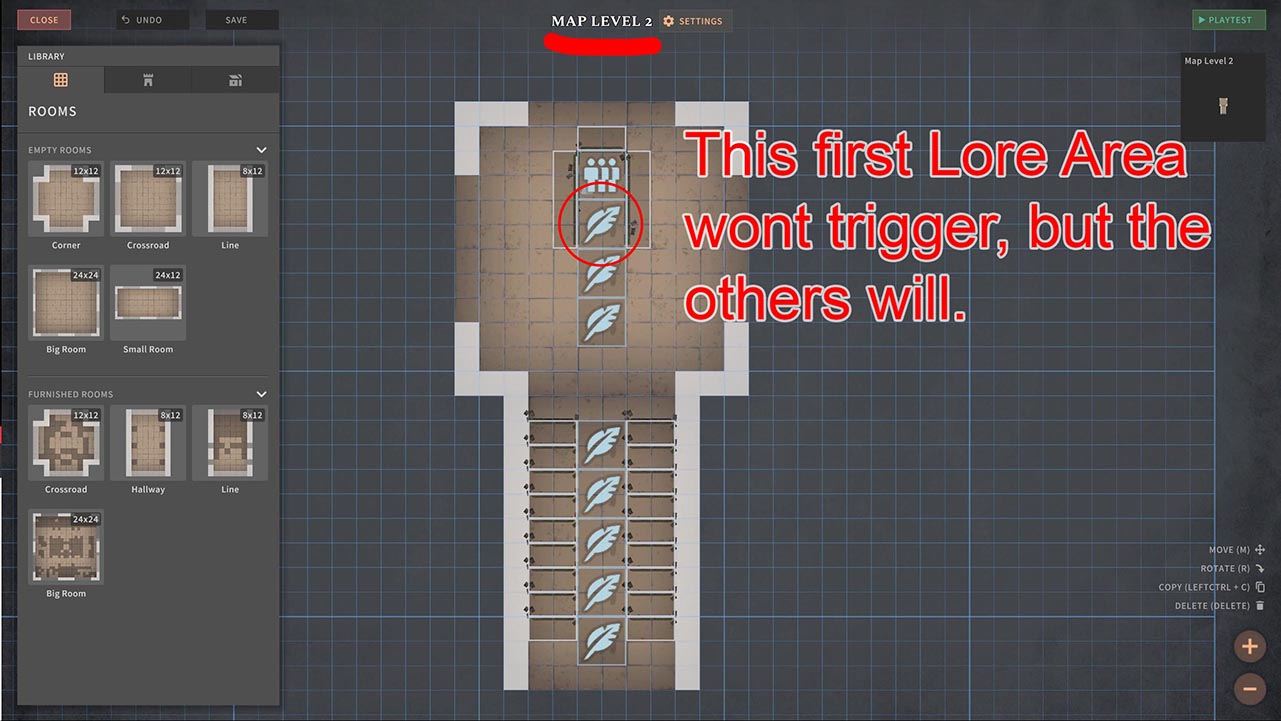 Thanks for the report. For #4 I don't quite follow: Normally characters are able to crawl during combat - although it takes a lot of movement

to do that, so you may need to be very close to the hole. Can you test again #4?

I tested this again and you're correct.  I think the first time I tried I used a dwarf or halfling and they can't go through without dashing and I forgot to try that.

I suppose this is all working correctly from the SRD (10ft to crawl through the space, 5ft, to go to the next space, half speed to standup).  And since Solasta doesn't let you stay in a prone state, characters with 25ft (5 cells) of movement technically don't have enough to crawl through then standup.  Bit of an odd situation.

If you create "Virtual Loot" and set it to "locked", the "unlock dc" function didn't work. It's always "DC10".
Although please add a function to "hard lock" a chest or a virtual loot like a door.