Hope you're all doing well in this fine summer weather! We've been hard at work on implementing quite a few new features... that we'll keep secret for now! Now don't worry, we still have plenty to share regardless. Without further ado, here is our first Dev Update of July - with your weekly dose of friendly feline attached to it. 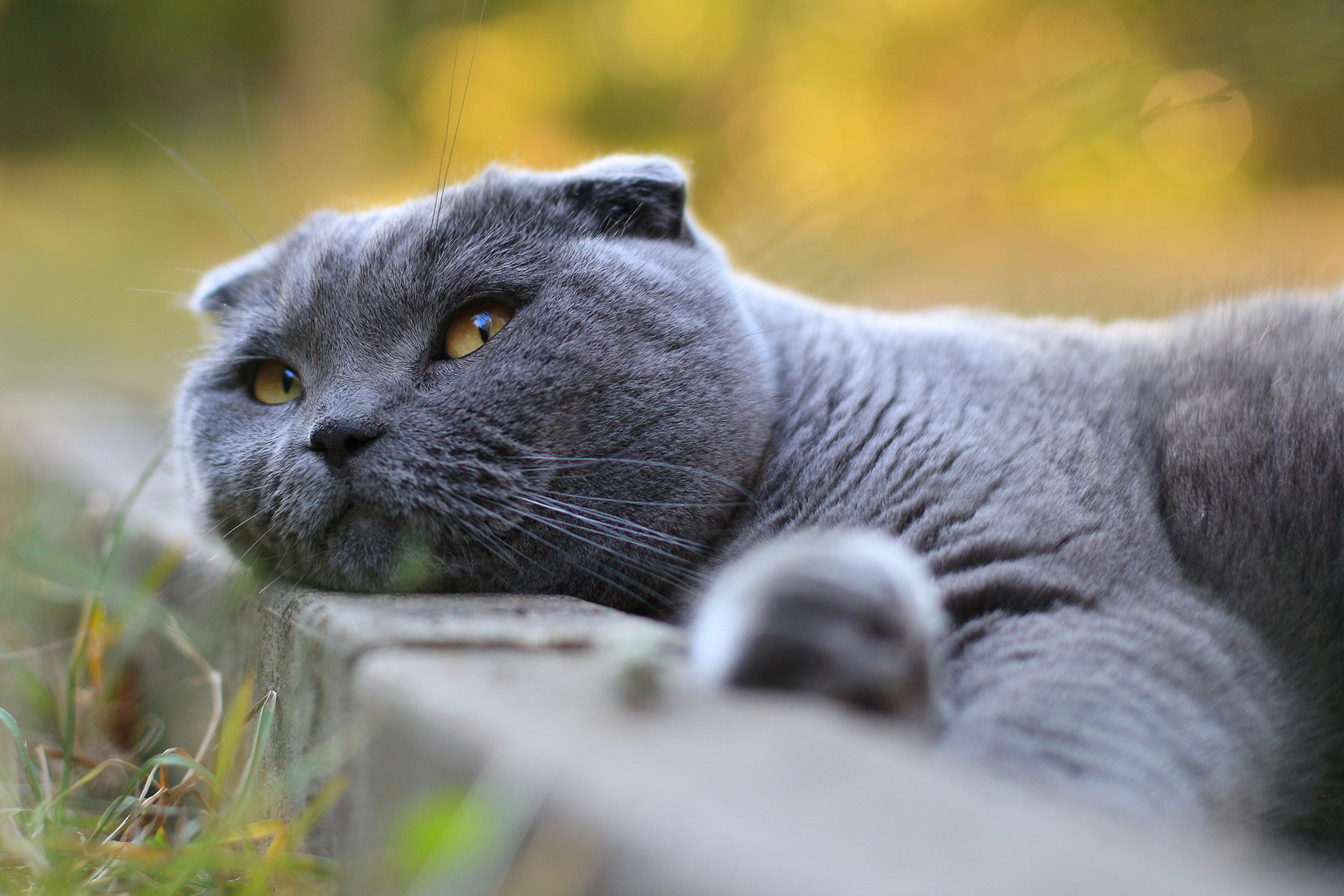 This adorable fellow is named Kaiju, and he's our Graphic Programmer's companion

Enough talk about adventurers, where are the monsters at? Give those poor goblins a break and show us something new. Well well well, today's your lucky day - for we're about to reveal not one, not two... but four new monsters you can look forward to meet in Solasta! 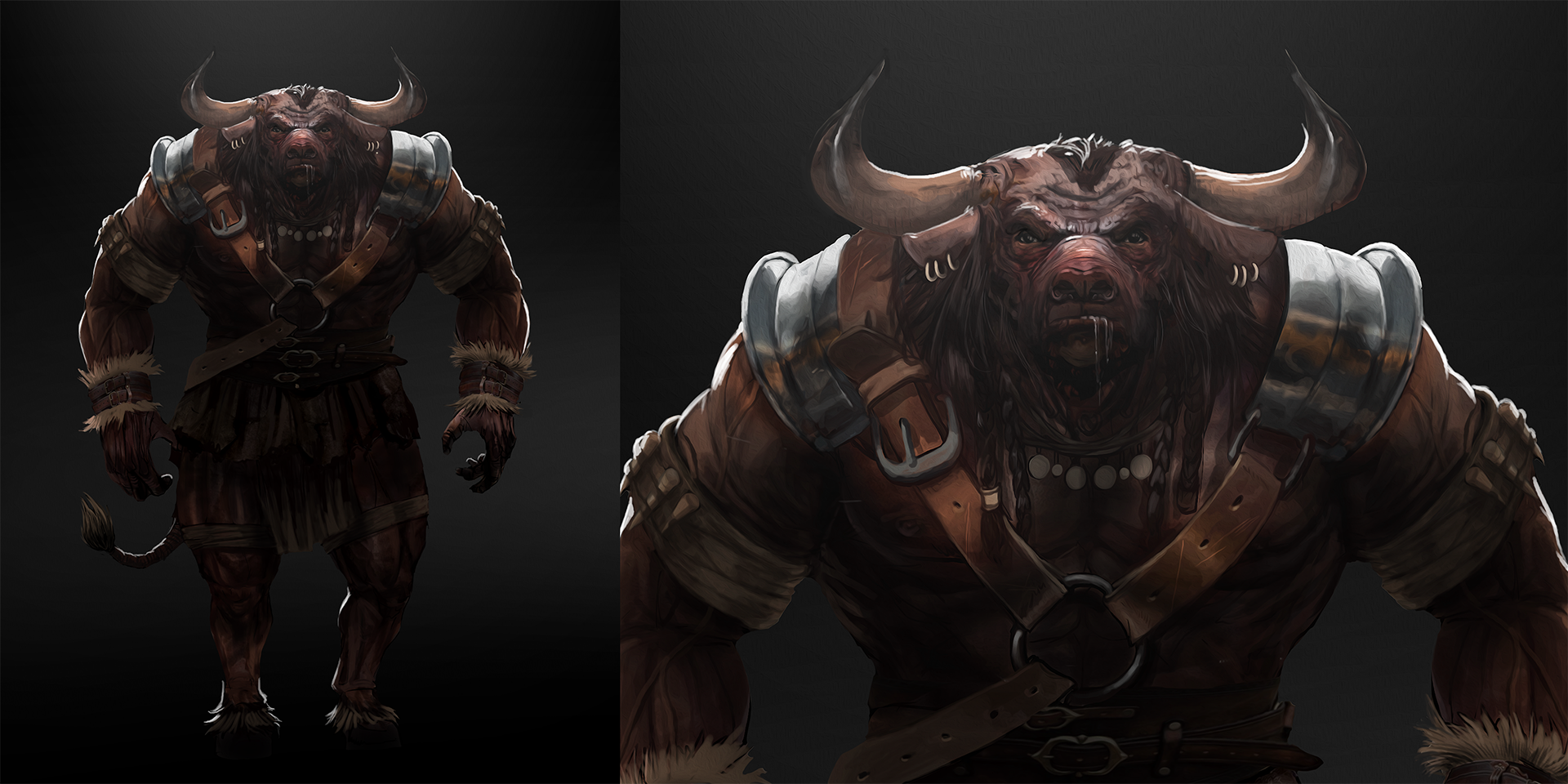 My path is paved with bones, with steel and strength I shall crush you!

Our first monster is the Minotaur - winner of the February Community Vote, defeating the Ettin, the Ettercap and the Badlands Troll to be crowned the victor! This massive monstrosity is known for its extremely dangerous charge, which can easily down any lesser armored adventurer. 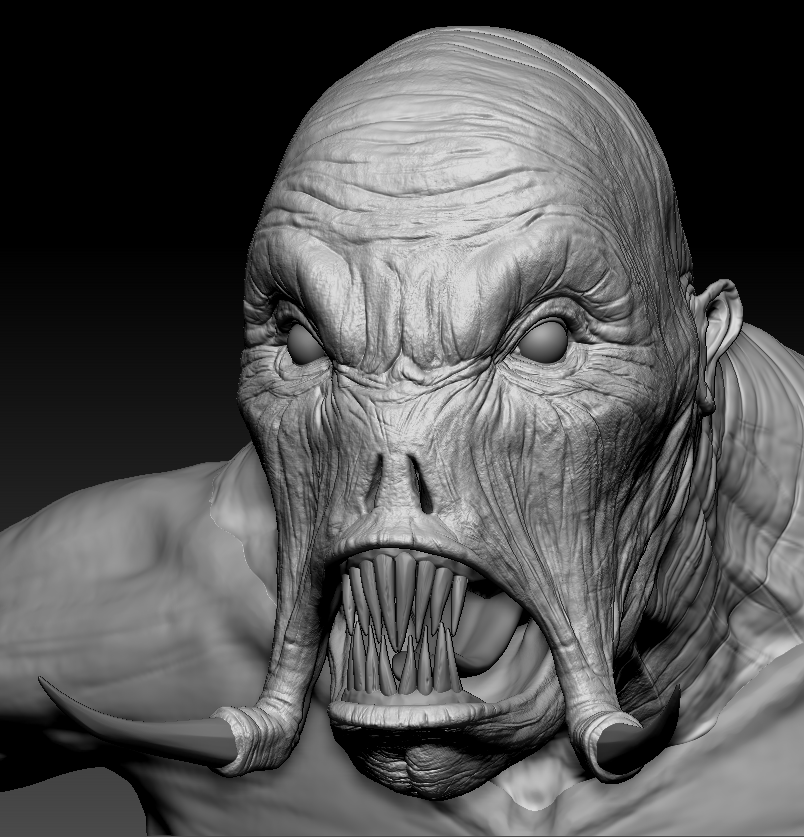 Our second monster is the Ghoul, well known for roaming in packs under the cover of the night, ever looking for humanoid flesh to satisfy their unending hunger. Considering the extreme environment of the Badlands, it is no surprise to see that undeads would thrive in at least some areas. It is, of course, accompanied by their big brother the Ghast - our third monster of today. 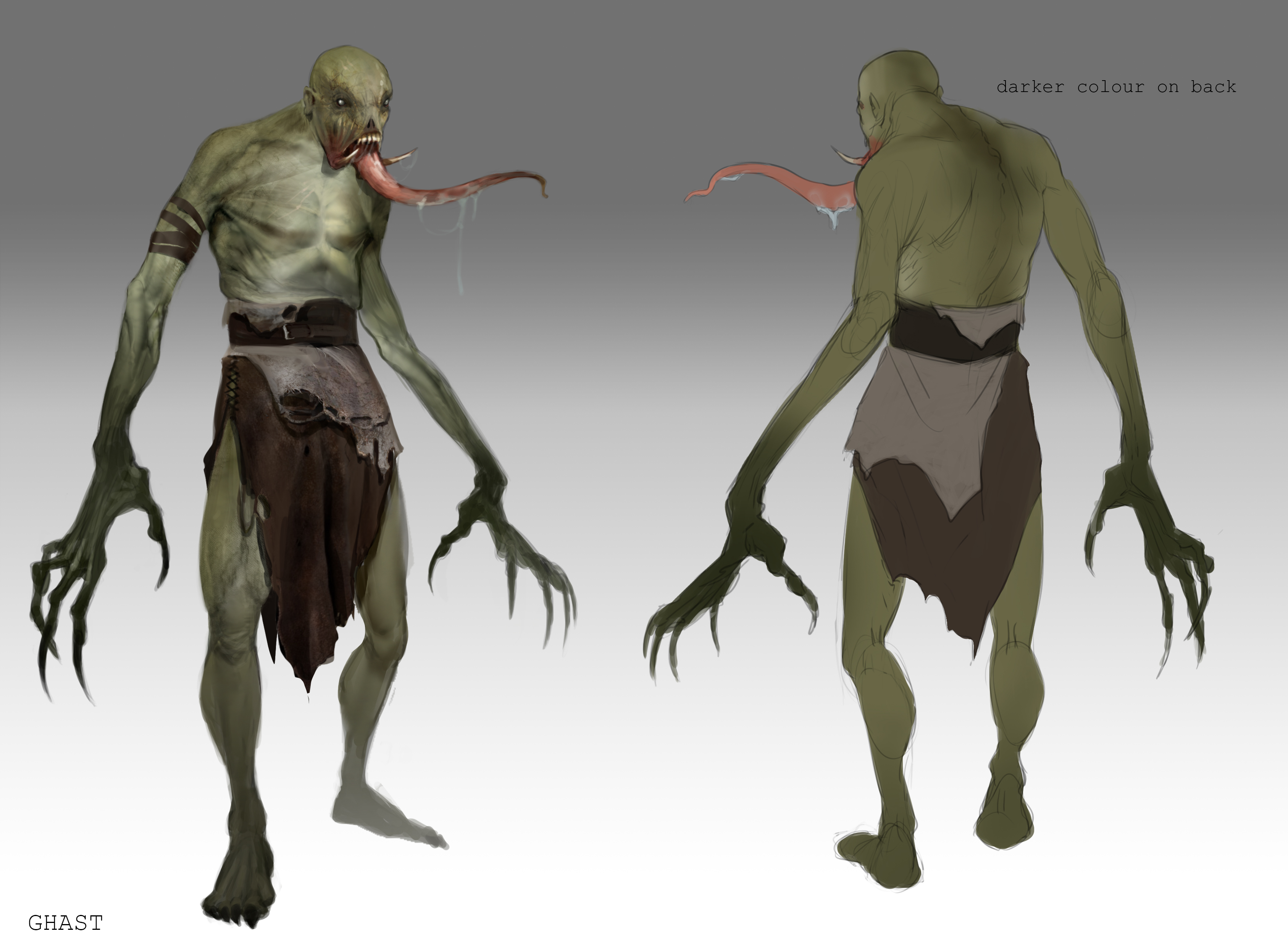 Big brother Ghast is currently only in their 2D stage of creation.

Finishing off today's roster is going to be another undead foe, the Wight. Intelligent undead humanoids, Wights are said to be mortals once driven by dark desire and great vanity. Unlike most "lesser" undead beings, Wights are very adept at using weapons, and those who think that they can be easily pick off from afar will quickly change their tune after being turned into pincushions themselves. Among the more terrifying rumors about Wights is their ability to turn anyone they slay into a zombie under their command, preventing any attempt at resurrecting the victim. No one knows if it's true or simply folktales, for few would be willing to test that theory. 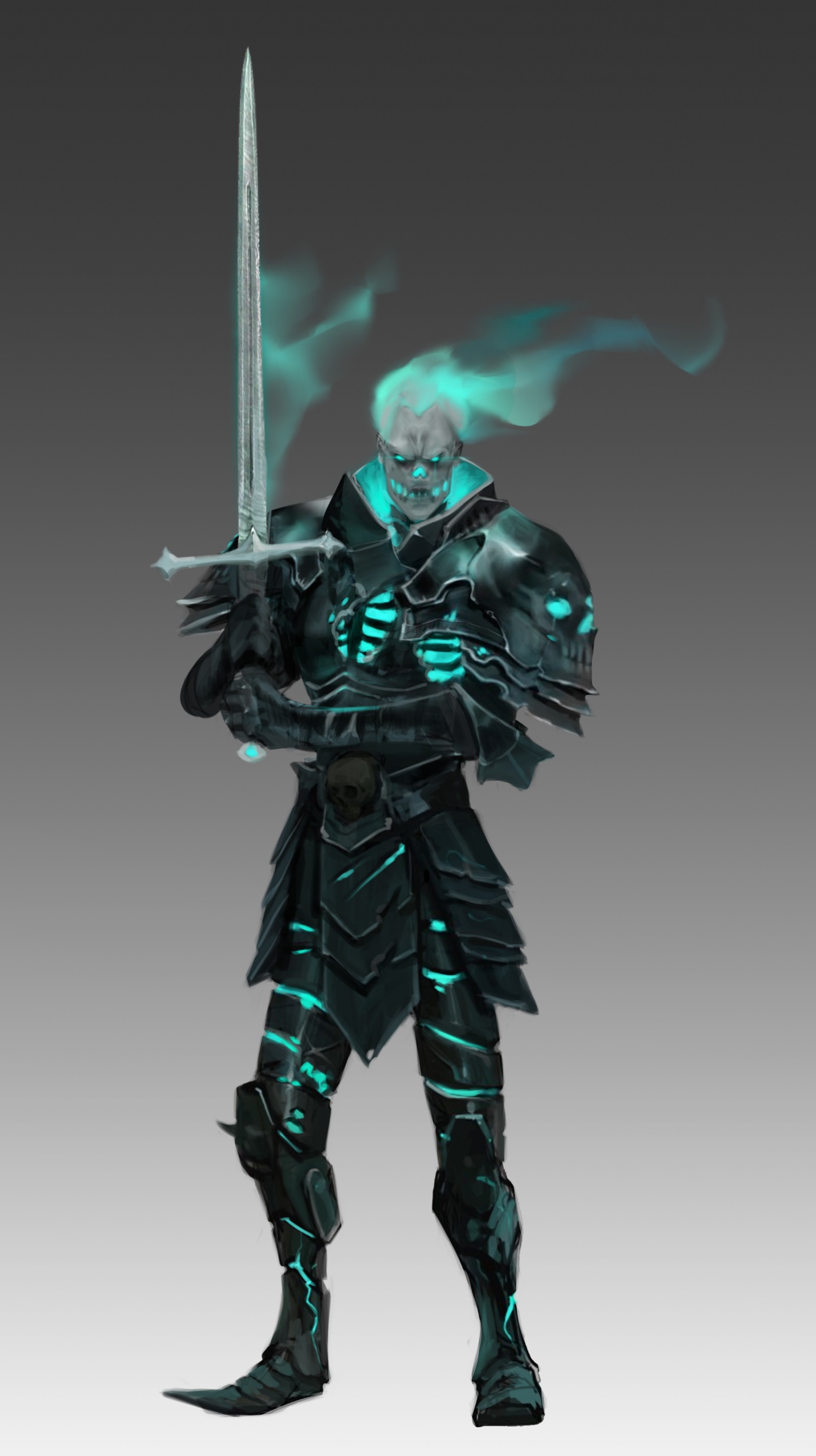 You aren't the first paladin I've met - and you won't be the last.

As to where you would meet such monsters, let me give you a little taste... 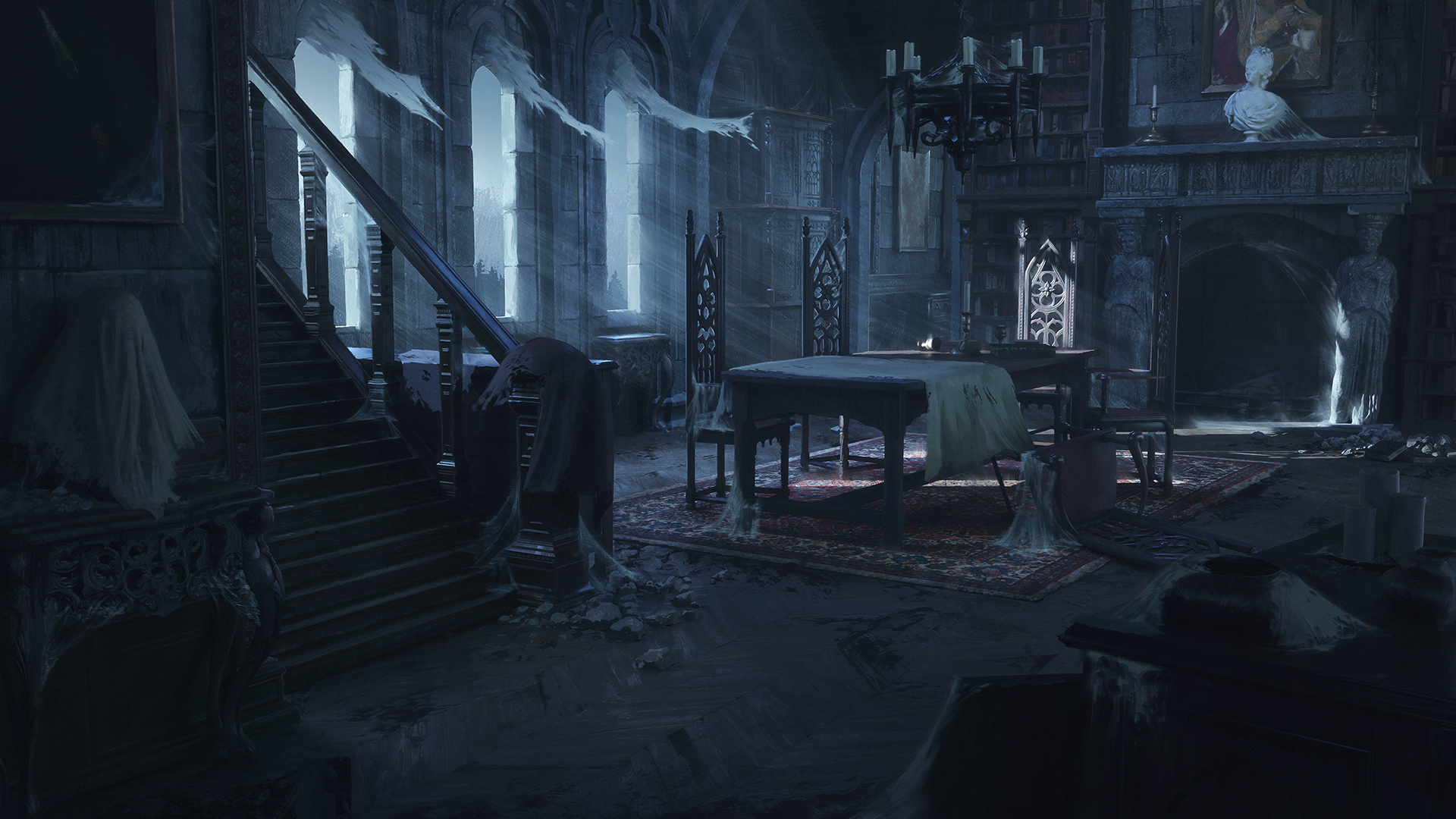 Hello? Anyone here? Alright folks, seems like we're a bit late to the party.

Did Anyone Order a (Face)lift?

You've said it, we've said it - none of us are satisfied with the current faces in Solasta. This is why we've been working on it behind the scene - and today we're ready to show you a first glance at what we're working on. We've changed methods on how to create faces, here is our first trial using the new process! 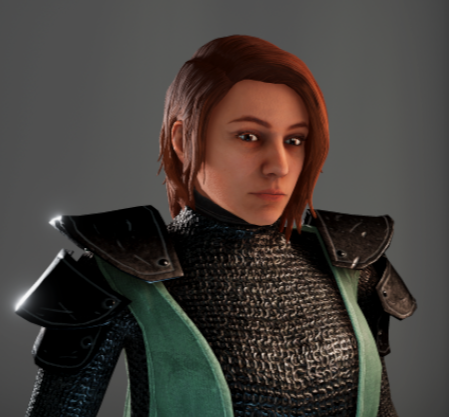 The first in a long list of faces that will be replaced. And by a long list, I mean every face produced so far.

We've said it before and we'll say it again: your feedback matters. Thank you for the time you spend talking about the game, sharing your excitement (and concerns!) with us and other fans!

Good environment artists are able to make a location come to life, with little details and polish that just make you feel like the area isn't just somewhere for your party goes through - but an important part of the world supporting the game. Places where people live, places where monsters hunt, places left untouched for centuries... Yet, they're most often not those people talk about when the game comes out. So here is some of their recent work for you to enjoy! 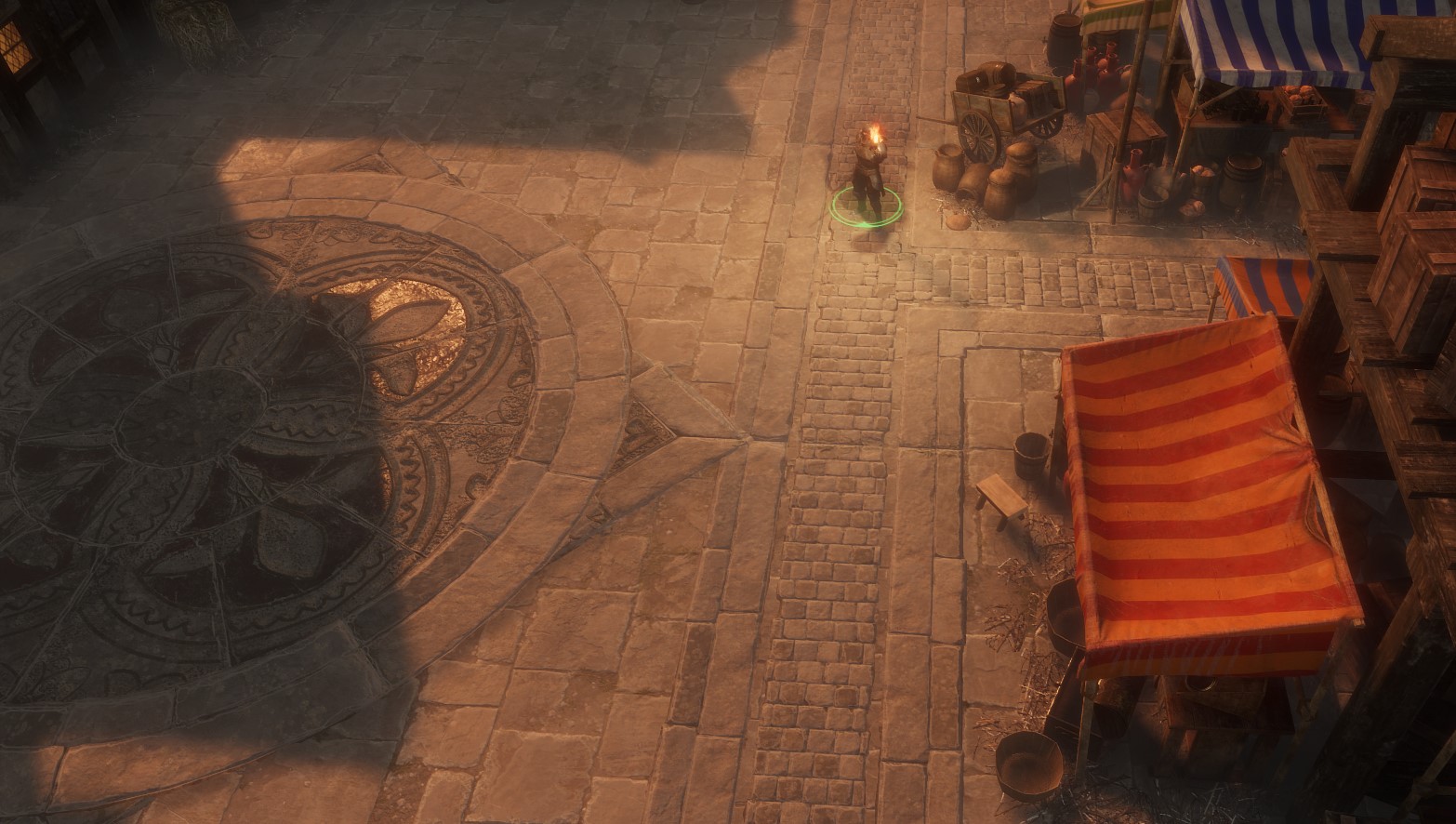 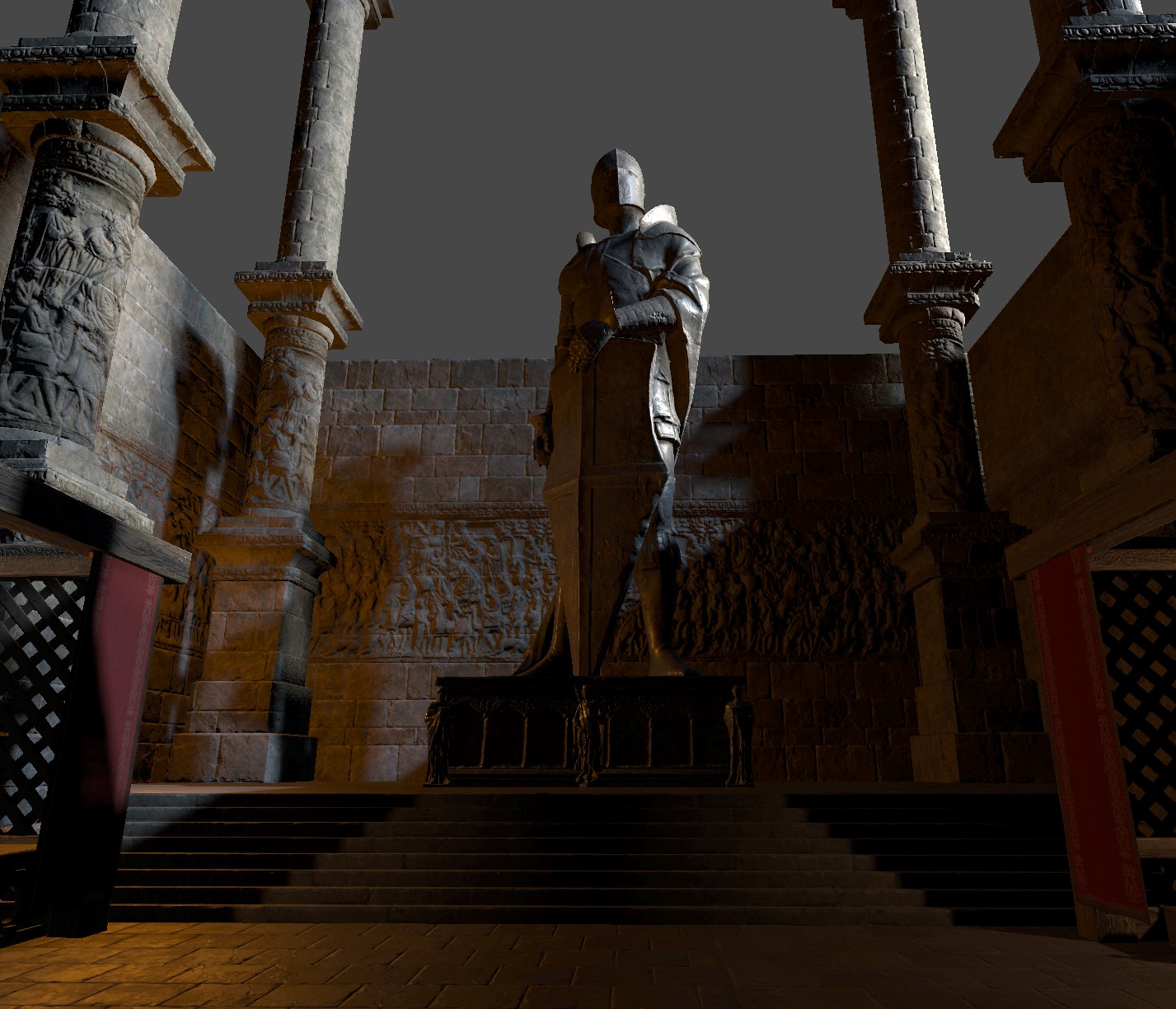 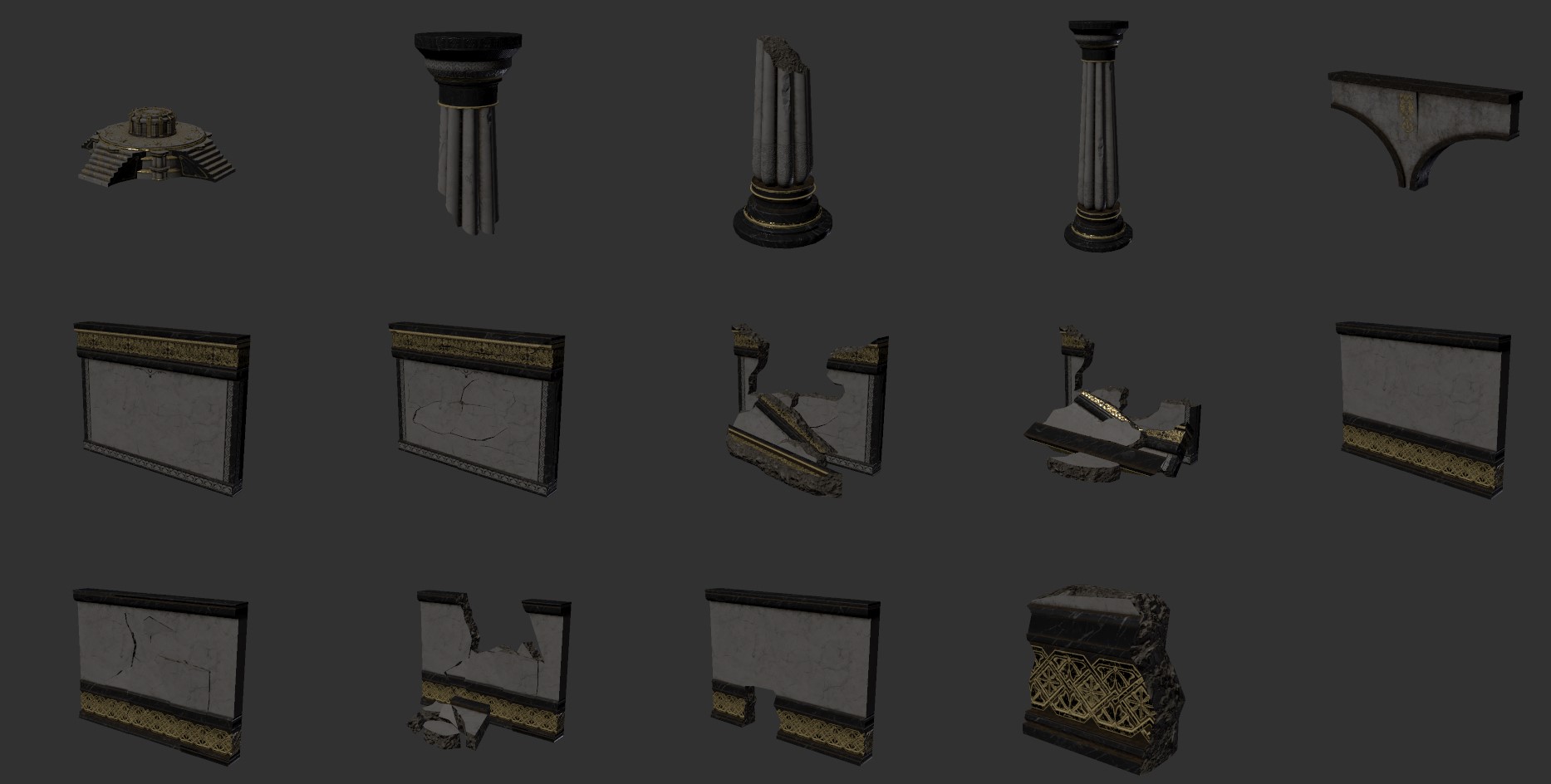 Walls and other elements in various levels of disrepair, ready to be used by level builders to decorate the level.

Give me Feats, Give me Power, Give me That Which I Desire!

We've just started implementing feats to our leveling system! You will now be able to select feats instead of increasing your ability scores at level 4 and 8. Note that not every Solastan feat has been added to the interface quite yet, so what you're seeing here is mostly a sample of what you'll have in the final game. 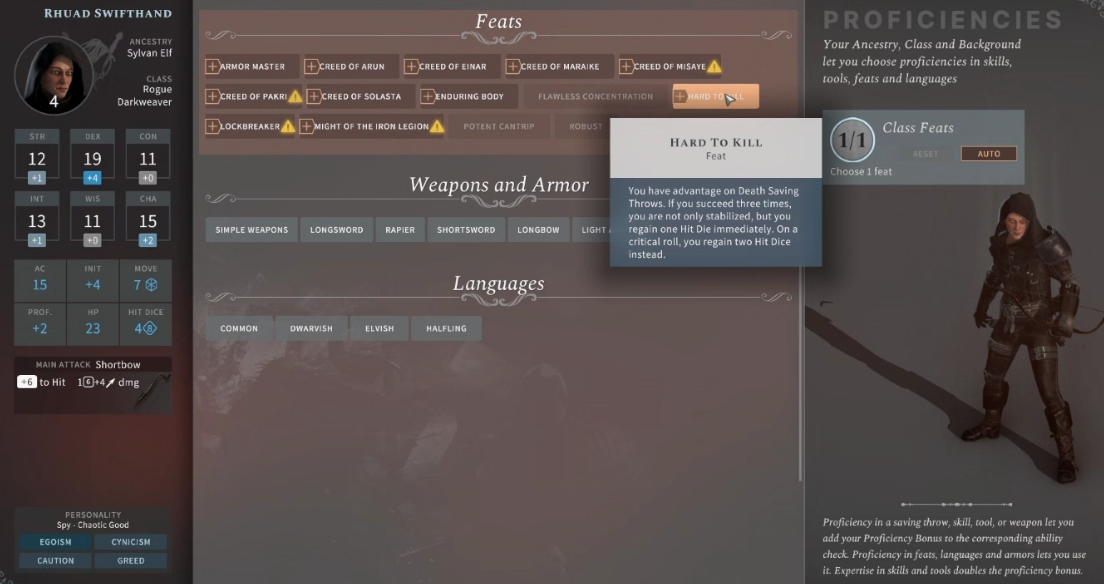 Oh great, I love not dying due to crappy Death Saving Throws. Somehow I feel like that may come handy in no-Cleric no-Paladin runs.

It's a Kind of Magic

No bloopers this week, but instead here is your weekly dose of new spells!

Yall actually improved the faces of the characters? wow. Color me impressed. :) Thank you for your hard work. :)

Can I unvote minotaur ? That thing looks mean....

Regarding immersion of the world, the environments look really great, cheers to the artists ! Do you also intend to make the world "have a life" ; meaning, for instance, the shops not being open 24/7, not all at the same hours, or with different people tending them depending on the hour (Yes, I am talkin NPC shifts ! I am not too old for this shift, after all), having some NPCs moving around and doing things ? Because as far as immersion goes, environment plays a great part, but so does the apparent "life" of the NPC.

Do you also intend to make the world "have a life" ; meaning, for instance, the shops not being open 24/7, not all at the same hours, or with different people tending them depending on the hour (Yes, I am talkin NPC shifts ! I am not too old for this shift, after all), having some NPCs moving around and doing things ? Because as far as immersion goes, environment plays a great part, but so does the apparent "life" of the NPC.

I beg to differ. Personally I've never been a fan of "immersion just for the heck of it".
Maybe that's because I want to play a game with interesting story and challenging battles, not a life simulator with daily routine.

So having different shops with different prices - great.
Specialized shops, with a grocery store refusing to buy all your looted amor - super!
Having to press "wait 8 hours" (especially if passage of time has no real meaning in game) just to do shopping - hell no!

There are ways to have a "living" world in which you can still make your purchases at any given time, though, some of which I mentionned. As for "wait X hours" that is definitely not an immersive feature.

If passage of time has no meaning in the game, then why bother implementing a clock ? Some games did not and are not lesser for it (the Drakensang & its follow up, River of time, for instance). But IIRC, they mentionned time of the day having impact on a few things, and timed quests too, so it seems the time flow is intended to matter.

One can also create an illusion of 'living place" by implementing some suppression/addition/re-positionning of NPCs each time a populated map is loaded, so you don't pass fifteen times before the exact same NPC, doing the exact same nothing at the exact same place. Plus this allows to implements events specific to some settings, adding content and "life-feeling" to the game.

But I am not saying they should do it, all that is work, and time, and money, I am asking if they intend to do it.

I love the warning feature with the feats. A small QoL feature to be sure, but it's these kinds of small QoL things that add up to making the game fun to play.

As a related thing, it would be extremely useful to have somewhere on the character sheet a listing of all the bonuses that the character is currently under, both active and passive, so we can tell if anything is being duplicated or redundant.