The Steam Summer Festival is now over, and with it goes the Ruins of Telema once again. We hope you all enjoyed the small slice of gameplay and Character Creation that Solasta: Crown of the Magister will offer once it comes out! Now let's get back to our scheduled program: Dev Updates, and what they contain. For those who might be new here (hello!), we do a Dev Update once every 2 weeks to give our community information on what's being added to Solasta, what we're working on, bloopers etc etc - with everything you see here being, of course, work in progress. Also, since our last Dev Diary Video was quite a success, we're also going to try and make another one every month!

Oh and I forgot to mention, we usually like to start our Dev Updates with some of our tiny colleagues. Give a warm welcome to Gandalf, our Game Director's new kitty 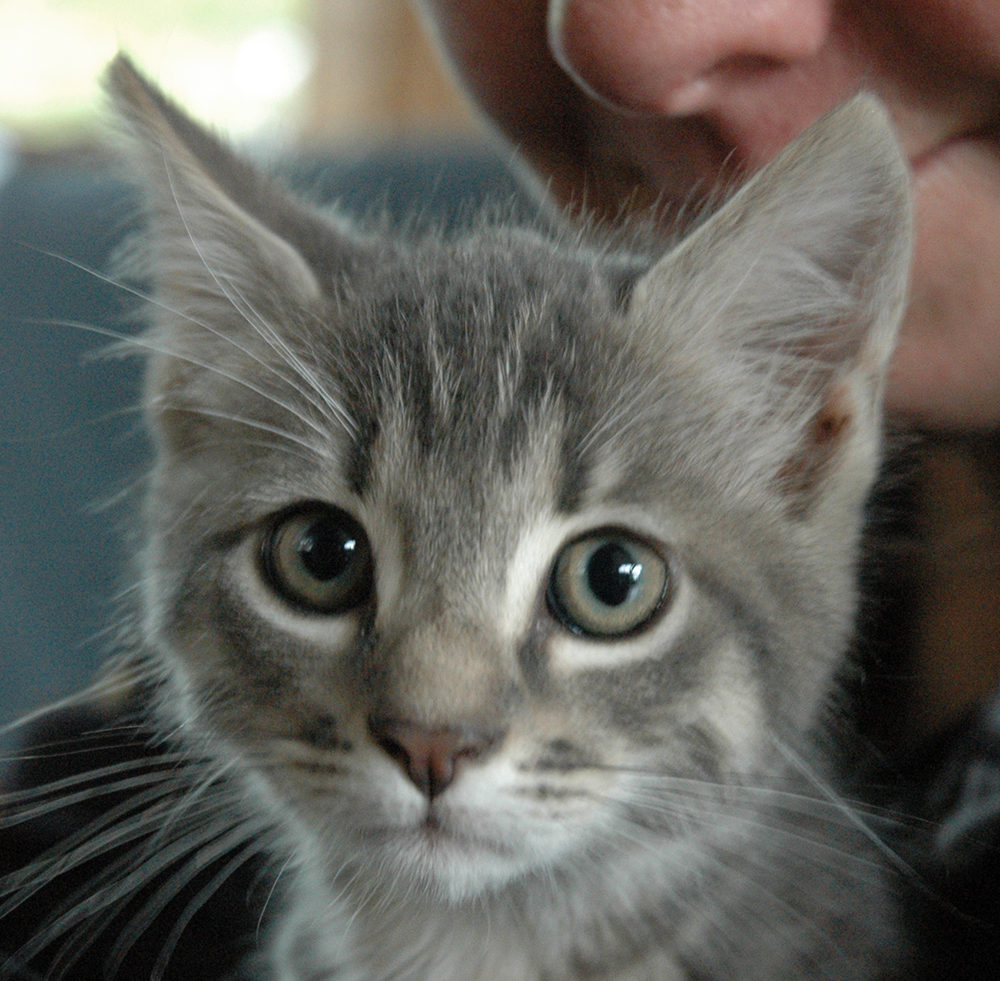 We already had Gimli the Parrot, now with Gandalf the Kitten we'll soon have the entire Fellowship of the Ring! 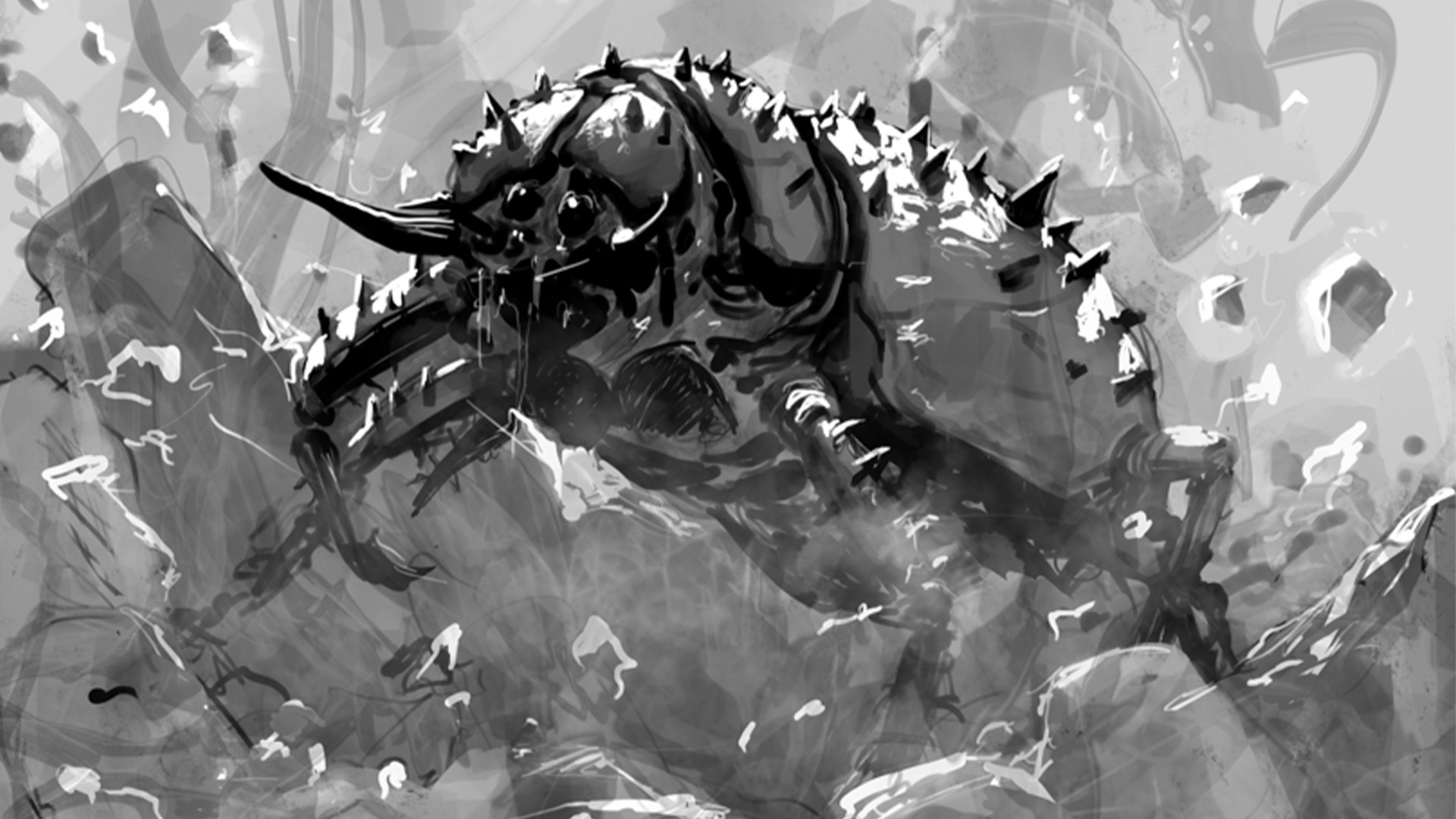 Giant insects with terrifying destructive capabilities, Redeemers are a scourge upon the world. They devour everything in their path, are incredibly hard to kill and - if that wasn't terrifying enough - have the innate ability to identify and go after spell-casters first. But what manner of curse unleashed these monsters on Solasta? Their origin has been hotly debated amongst scholars for centuries, but it will soon be revealed...

Annnnnd the votes are in! With 60% of the community going with the Redeemers being a creation of Manacalon, their origin has now been sealed. If you want to read more about these monstrous creatures, head on to the forums.

Working on that Camera

Oh boy, the camera. Every time our Demo comes out, everyone talks about the camera - and for good reasons! It's hard to see what you want to see, it's sometimes slow, sometimes clunky... You can't really do what you want to do with it most of the time as well. Lots of things which we'd love to have fixed for Telema, however there is another factor that we can't change within the Demo - the Level Design. The Ruins of Telema was built more than a year ago with different guidelines in mind, and it turns out that stacking several layers on top of each other with a party that can split... Not the easiest to handle for the player (or the camera)!

Since then, we've updated our Level Design guidelines and we're continuously making improvements to our camera! Here, let me show you a few new additions that didn't make it in time for the Steam Summer Festival.

Zoom is here! Now you can take a closer look at your party and the environment outside cutscenes.

Say Hello to the Art Corner!

Today's star is going to be our Art Team. There is just so much they've been working on that we haven't shown due to focusing on the Character Creator and the Steam Summer Festival Demo, so in this Dev Update we're going to be showing off a lot of their work! But first, before we jump into it: we've received a few comments about the lack of color options for hair and beards - you'll be happy to know that we're already working on adding some as we speak!

Additional hairstyles and skin tones are also in the pipeline, we'll show them once they're ready!

With all the talk around character customization, it's easy to forget that our Art Team is not only working on characters - some are dedicated to creating new props and environments. Every door, every building, every strand of spider web you see hanging from the ceiling? They're the ones behind it, and here is some of their fantastic work.

From the largest statues to the tiniest chair and brazier, environment and prop artists are the craftsmen behind the world of Solasta. 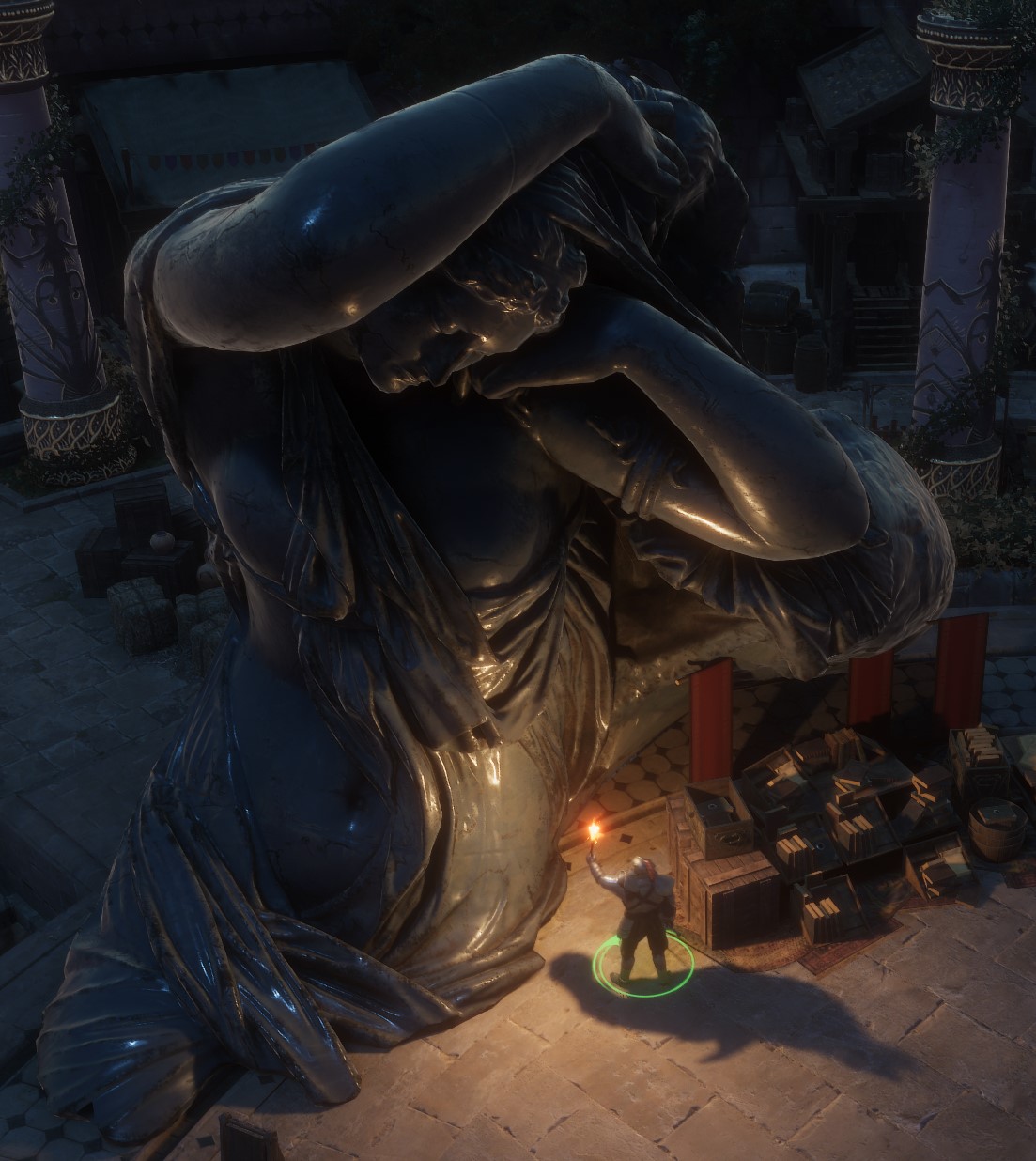 And here is how it looks with dynamic lights in-game (the statue won't be there in the final game).

Speaking of dynamic lights, our Graphic Programmer gave us a nice little surprise recently! When you're walking around town, street lanterns now automatically light up at night. Bye bye darkness my old friend!

Why does the lantern on the right not light up? Uhhhh I guess the oil needs to be changed...

Looking outside the main town, our Art Director also keeps improving the world map, slowly replacing temporary assets as he goes. For those who may not know, you can also zoom in / out on the world map - let me show you a zoomed in screenshot this time!

Alright folks bust out your figurines, looking at that map makes me want to play Tabletop.

And last but not least, our Concept Artists have also been very productive. Here are a couple of weapons as well as the representation of one of the locations that will appear a bit later during the campaign! 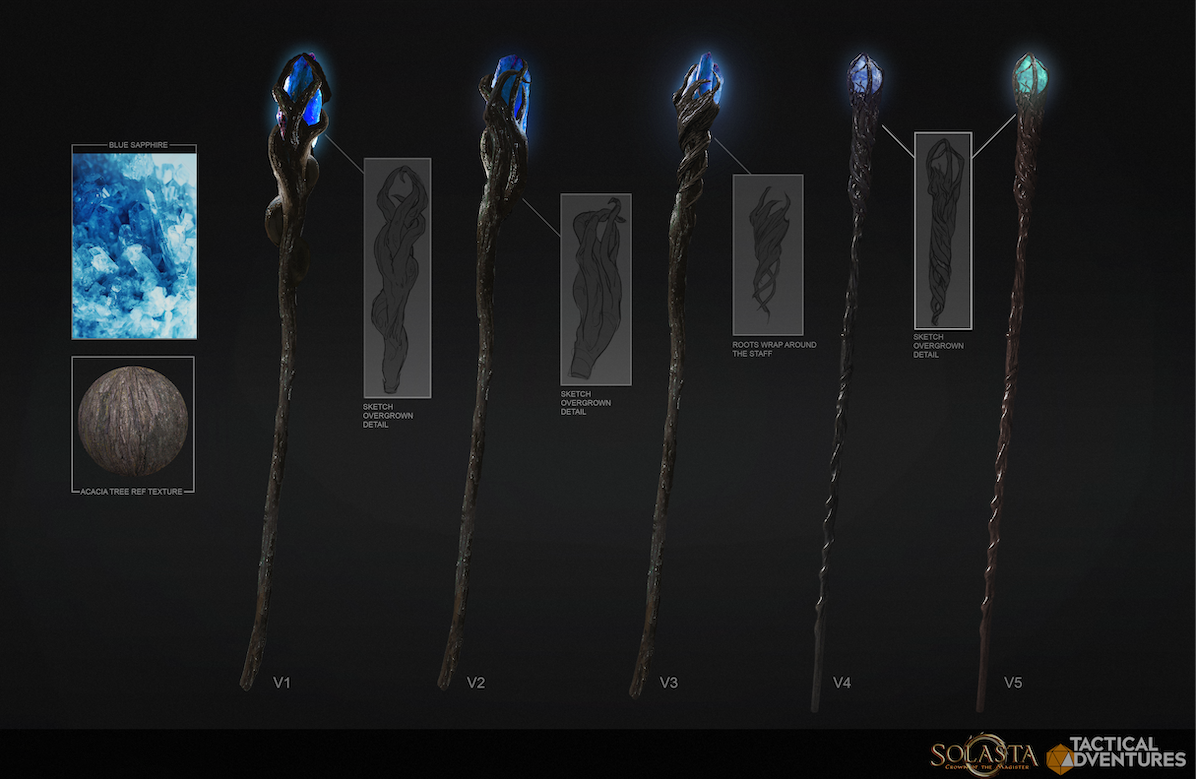 We've shown a lot of daggers, swords and bows in the past - now to give our wizard friends some love. 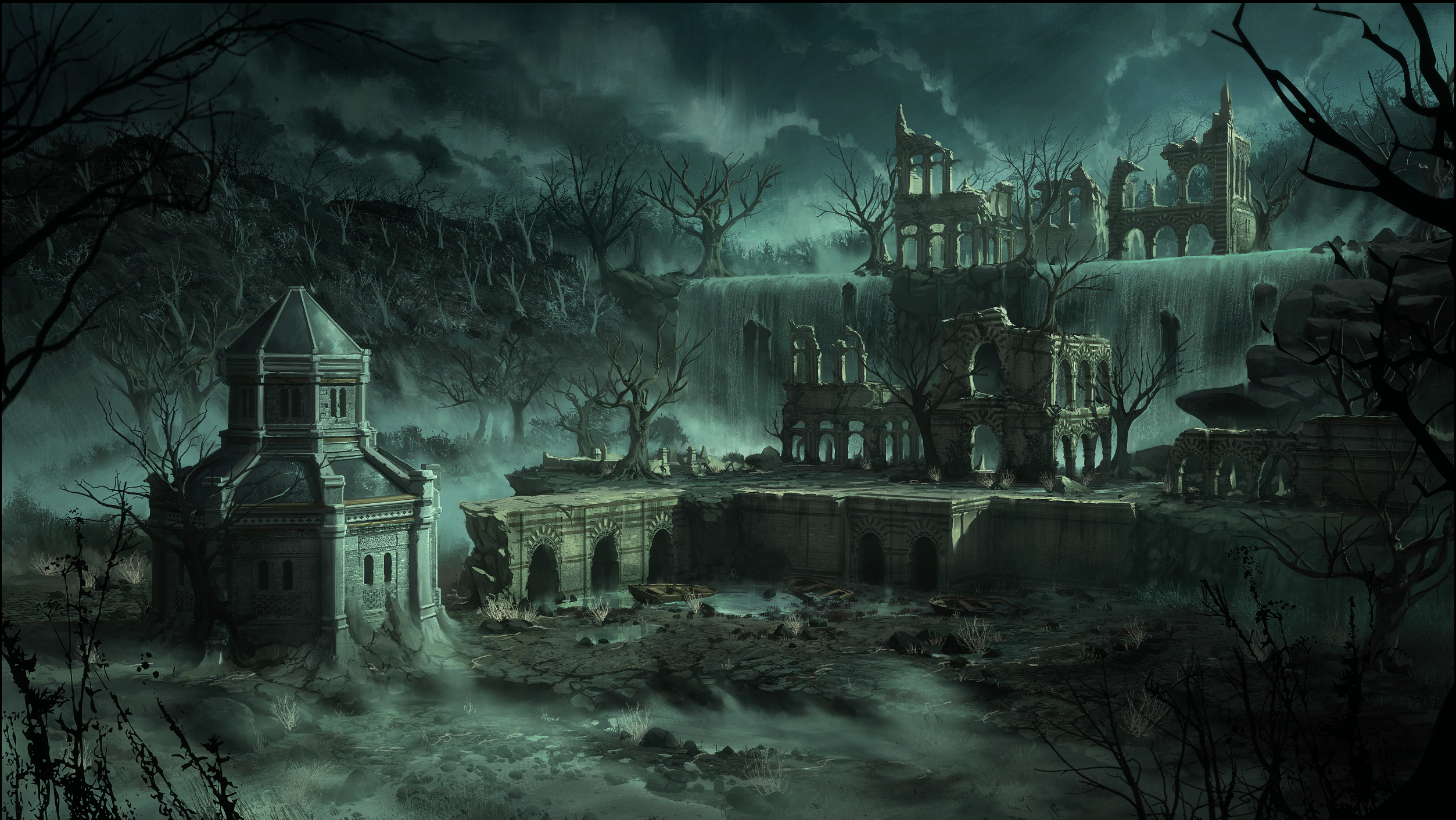 Some of you miss it, some of you don't know about it - we haven't shown a lot of new spells / powers these last few weeks. Fear not, we're back on duty! Here is a selection of new VFX (be careful, they look awesome).

This week's bloopers are brought to you by our community, who managed to mod our Demo and force custom characters into the Ruins of Telema. Of course, since this level wasn't supposed to work that way, it was buggy - very buggy. But we had a good laugh nonetheless. 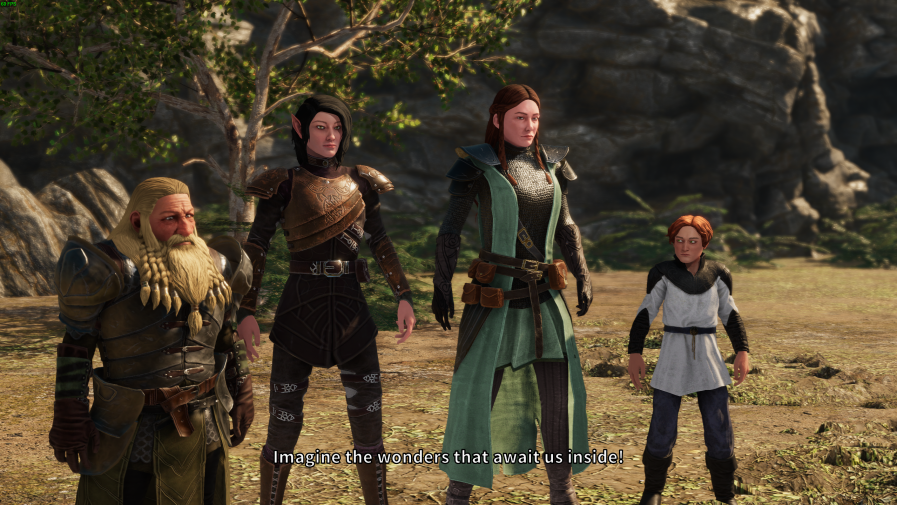 Some imported their party for some nice screenshots - with no voices, only subtitles. 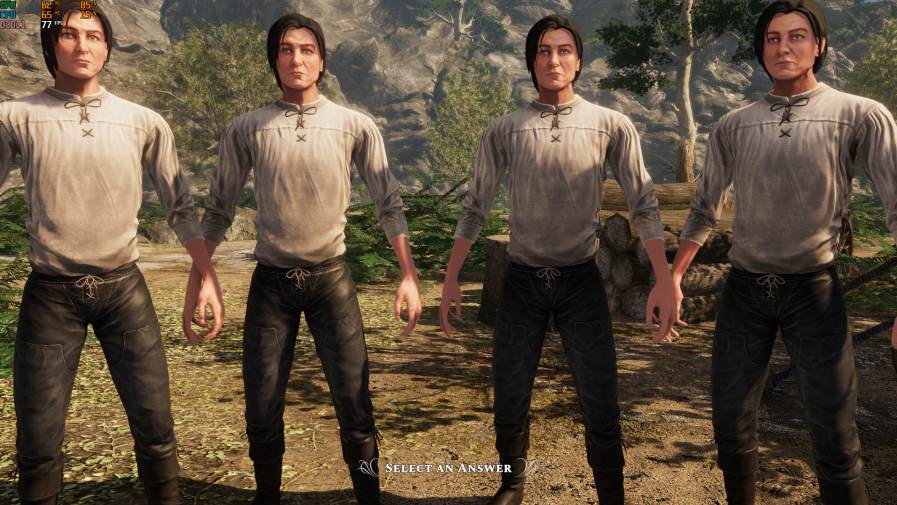 Some decided to bring an army of clones - stuck before entering the ruins as they couldn't answer the scavengers. 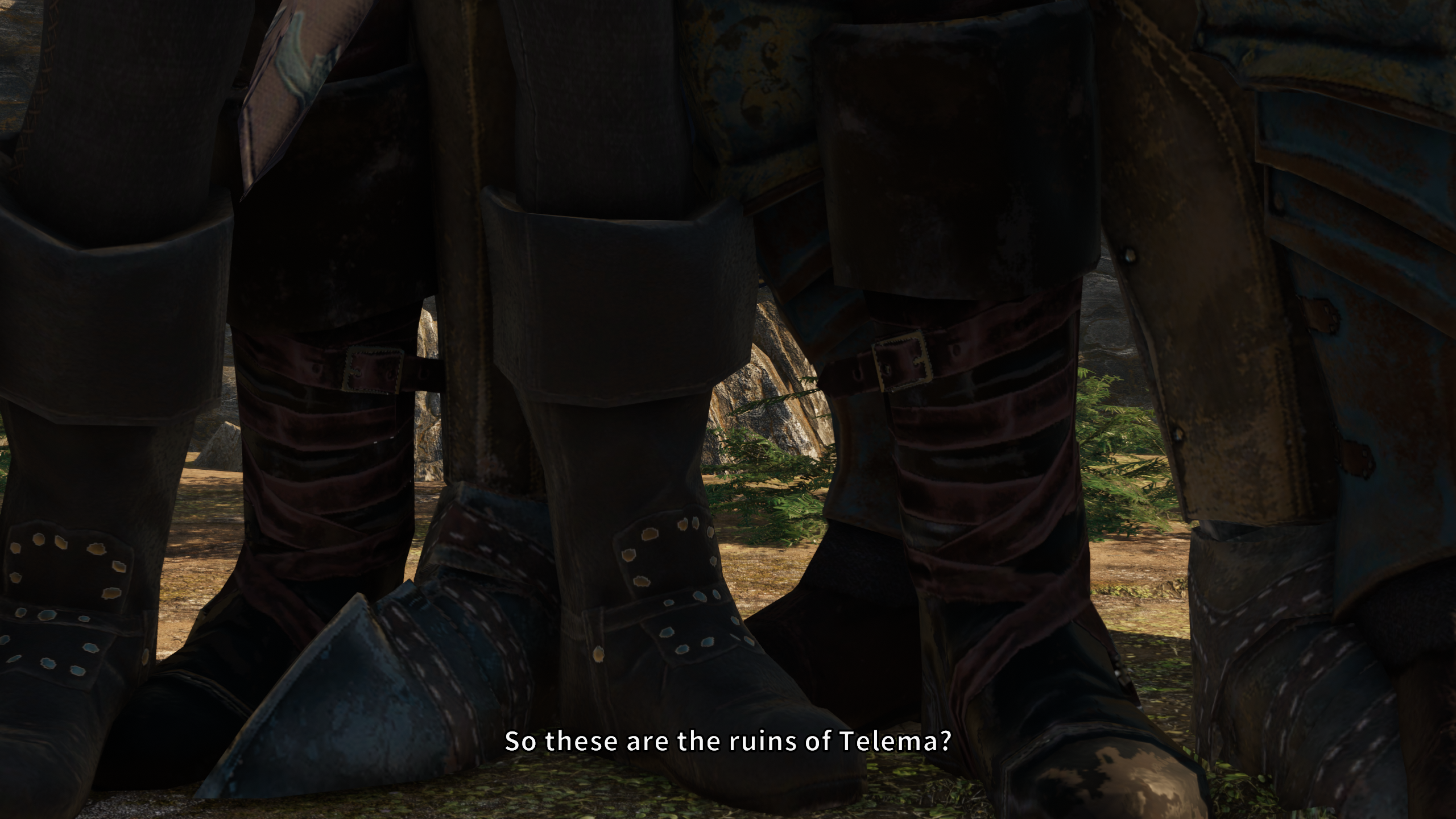 Some decided to reenact Attack on Titans by changing the size of the characters (hey, giant talking boots!) 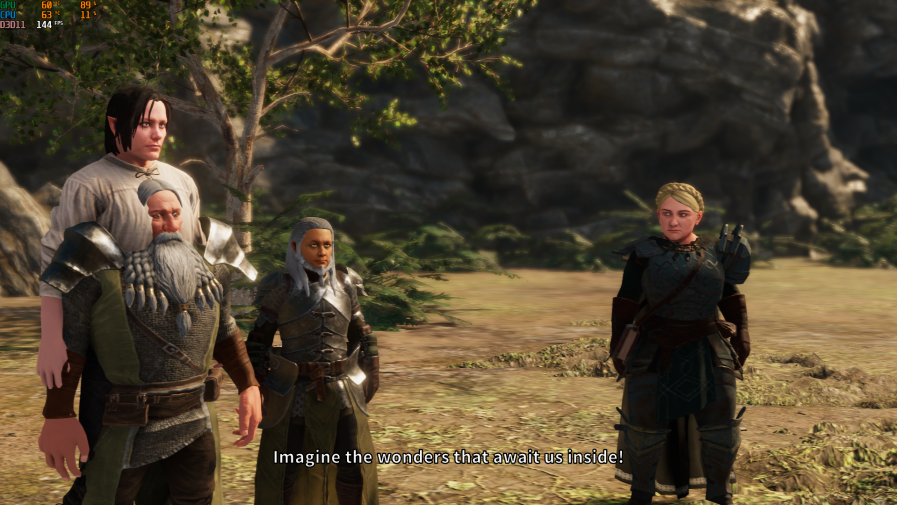 And some uh.... some just completely broke the game by creating Elf-Dwarf chimeras. Not sure how that one happened.

So there you have it! I hope you enjoyed reading this Dev Update as much as you enjoyed playing our Summer Festival Demo, and I'll see you next time! And if you have any feedback regarding the game or the demo (or any questions), don't hesitate to drop by our Forums or our Discord Server.

I love the new lighting and zoom features! Just can't wait for the game.