Forums Bug Report Can't reach character to revive but death still counts down, is this a bug or a (bad) feature? Search

Can't reach character to revive but death still counts down, is this a bug or a (bad) feature?

From what I can tell, Solasta will end with a game over if any of your characters reach permadeath (10 turn countdown after dying, revivify or else):

The problem - due to one crappy save my Barbarian got Thunderwave'd off a platform and fell instantly to her death at the bottom of the room, in a spot that I apparently can't get to. I ran and jumped my cleric all around even threw a pair of spider climb slippers on her, no luck. The closest the game would path to the spot was this pillar, and it was still considered too far. 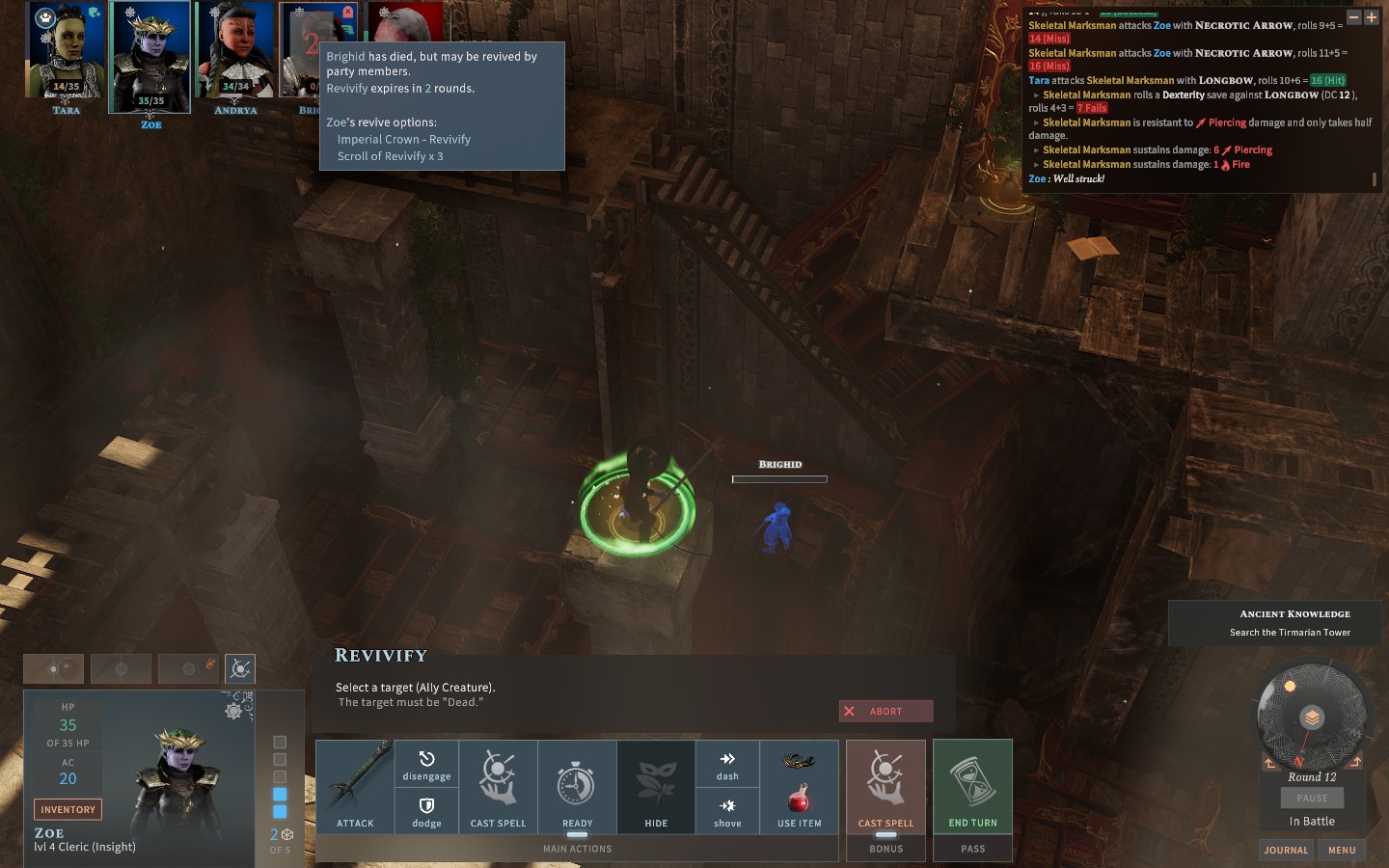 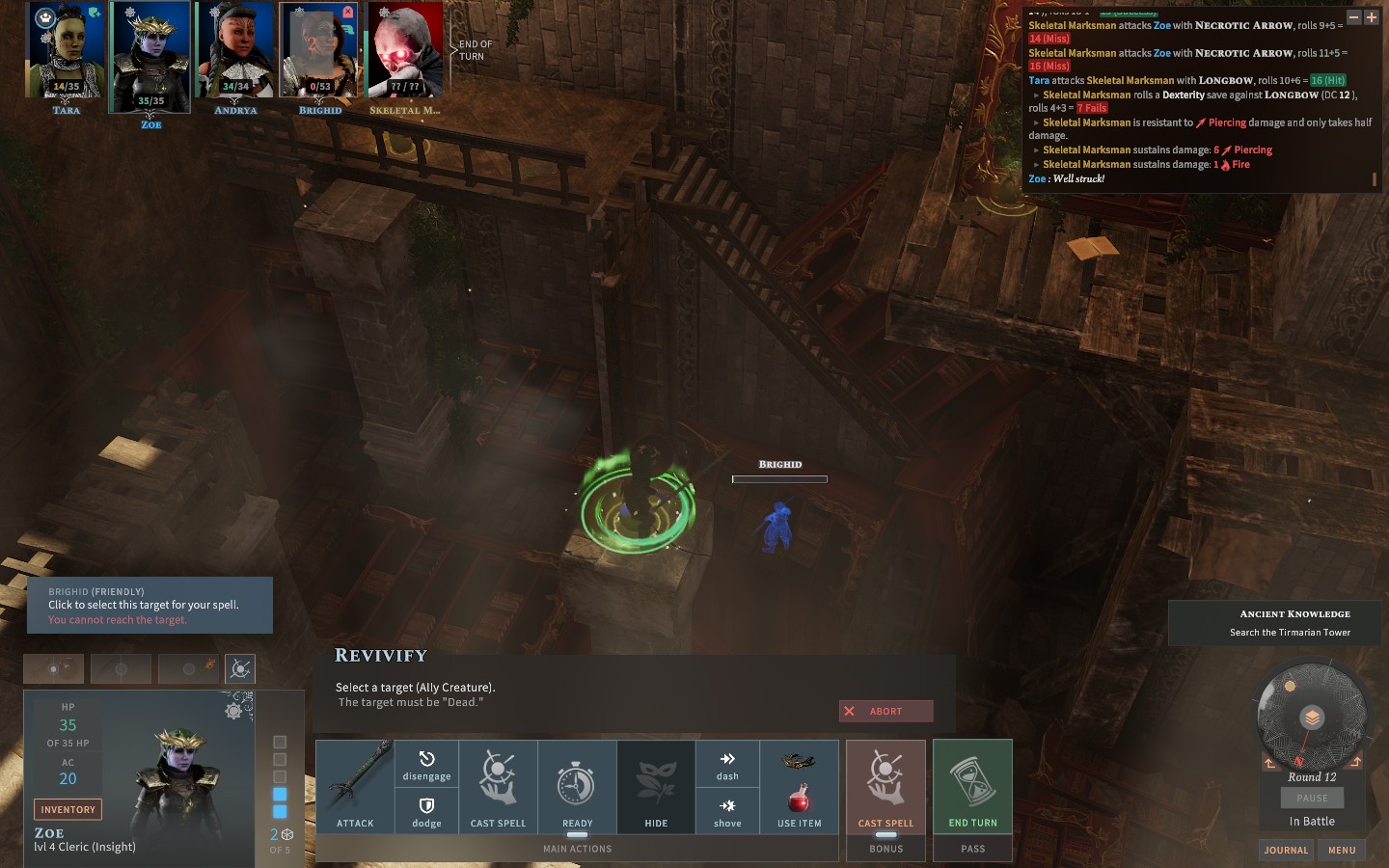 I bought this game earlier this week and had been really enjoying it but this just seems bad, a one-hit game over is rough and it's even worse that the game doesn't apparently recognize there is no way to reach and revivify the corpse so just leaves you trying for 10 turns. I didn't have a fly spell or potion to try but even if I did and the game allowed me to get to the body, wouldn't the victim just immediately die again or at least be stuck?

Like I said I don't know if this is a bug or a very unfortunate "feature" of the game. Just as a final irony and definite bug, I backscrolled and screenshotted the event log in the upper right where you can clearly see she had feather fall cast on her, but still went from a full 53HP to instant death because I guess the floor is lava?

This all in the library of the Termarian tower at the outpost. It's not a bottomless pit, but might as well be for how the game treated it. 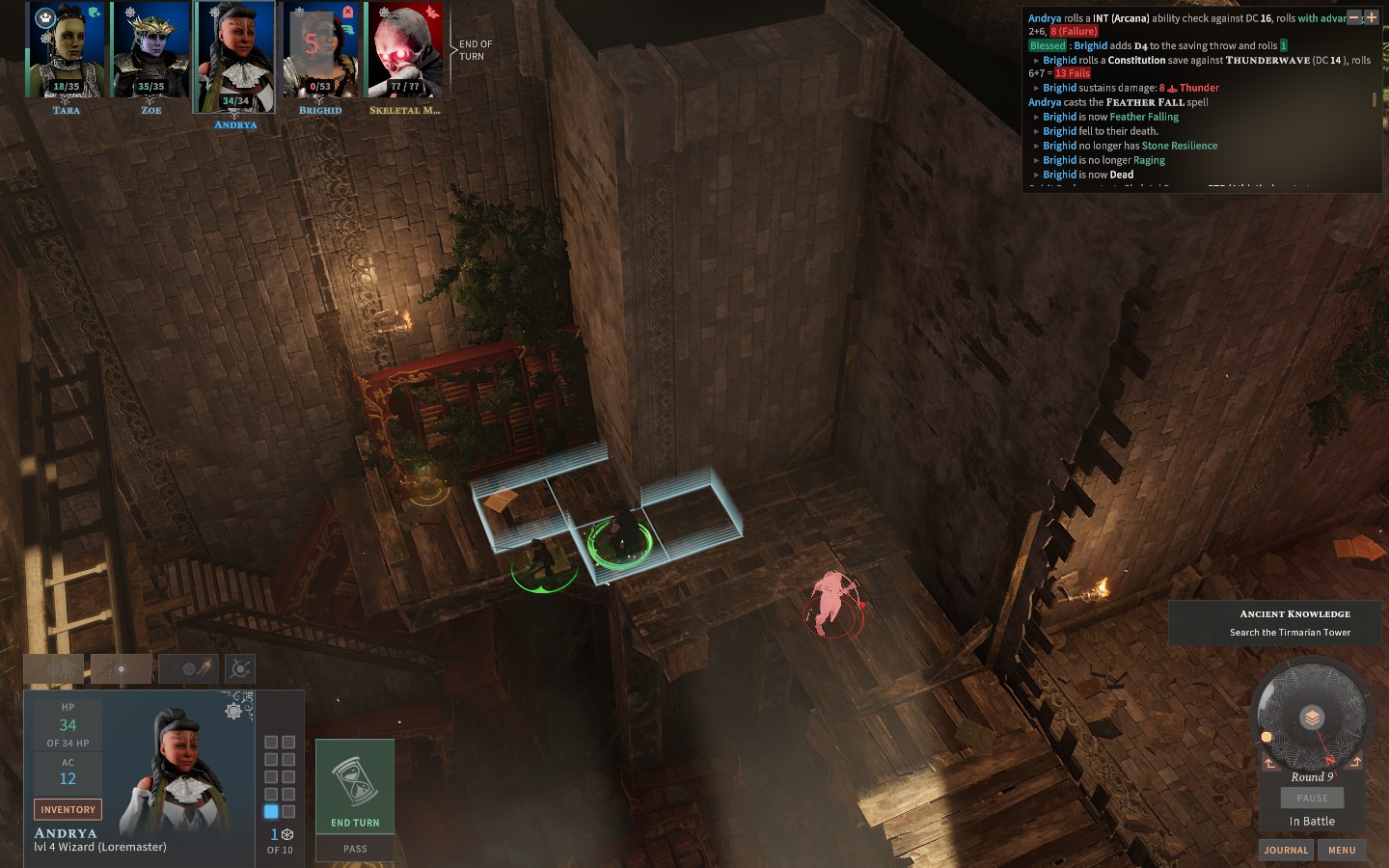 This same thing happened to me in a different map.  It was a map where a particular monster can burrow under and come up beneath you and it did that and knocked my fighter down into a pit where he insta-died and the game would not allow me to use Revivify on him.

I ended up having to reload a save and do the battle again, staying away from any edges; but I agree, if you are going to allow characters to be knocked over edges and die, there should be some way to get to them and revive them; even if it requires using Fly, Spider Climb, Levitate, etc.

I believe that's intended, if the player did the same thing to monsters in the same situation. They would insta die as well.

That floor you mentioned, is well, the end. There is no floor as you can't really reach that area. It's not intended.