I accidentally created a circumstance in the demo where I was able to duplicate most items from the characters.While exploring this duplication method, I also discovered an item stack addition error/bug. Where should I report this? 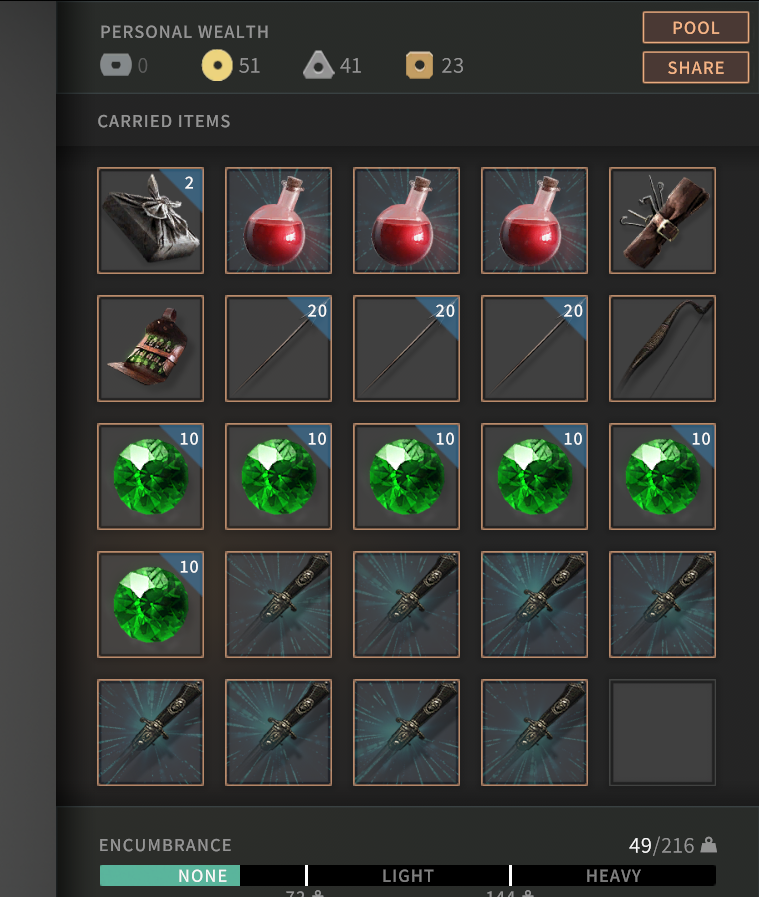 You can report it here! :D

Okay, great. I thought it was circumstantial, but replicated it later without trying. It does not seem to work immediately after a rest or wait period (like identifying something. maybe that updates inventories), After a combat sequence, cluster the team (OR have one character as far away as possible, but still able to share inventory) , if character-A drops stuff like a gem or magical item on the ground, (in the ground window area), then cycle through the other characters until one of the characters, Char-A, (it only seems to link the ground-inventory for one other character, but not predictably for which pair it happens for) and look for the items in the ground-inventory window pane. Move the ground items into the inventory of character-B, then switch back to character-A and also move the items off the ground back into char-A's inventory. Duped. Repeat in the same order.

Dropping 1-8 items on the ground and pick them up via the second character. Stacks/stack-able items seem to reference the same item, as the stack count is updated for both characters to the new highest combined stack count. Gems, ingredients, potions, weapons, scrolls but trying to dupe the armor does seem to not work. When removing the armor from a character, it broke the ground/inventory-link every time for me.