Didn't want to make a separate thread for all the issues I've found so far so here's a three in one.

1st: Bonus action spells, specifically spiritual weapon and flaming sphere. I do not think this is map specific and has more to do with how they are implemented.

For spiritual weapon specifically: you can't attack with it on the turn that you summon it, which should be possible.

For both, but it is more relevant for flaming sphere: you can't position the spell where you want and then attack. In order to ram the sphere or attack with the weapon, you must click on an enemy and the spell take the most direct route toward the enemy and strikes (which make sense). BUT, if you want it in a better position around an enemy as to not damage a teammate (see glorious MS paint scheme), you essentially lose a turn of damage as positioning the spell takes the whole bonus action. 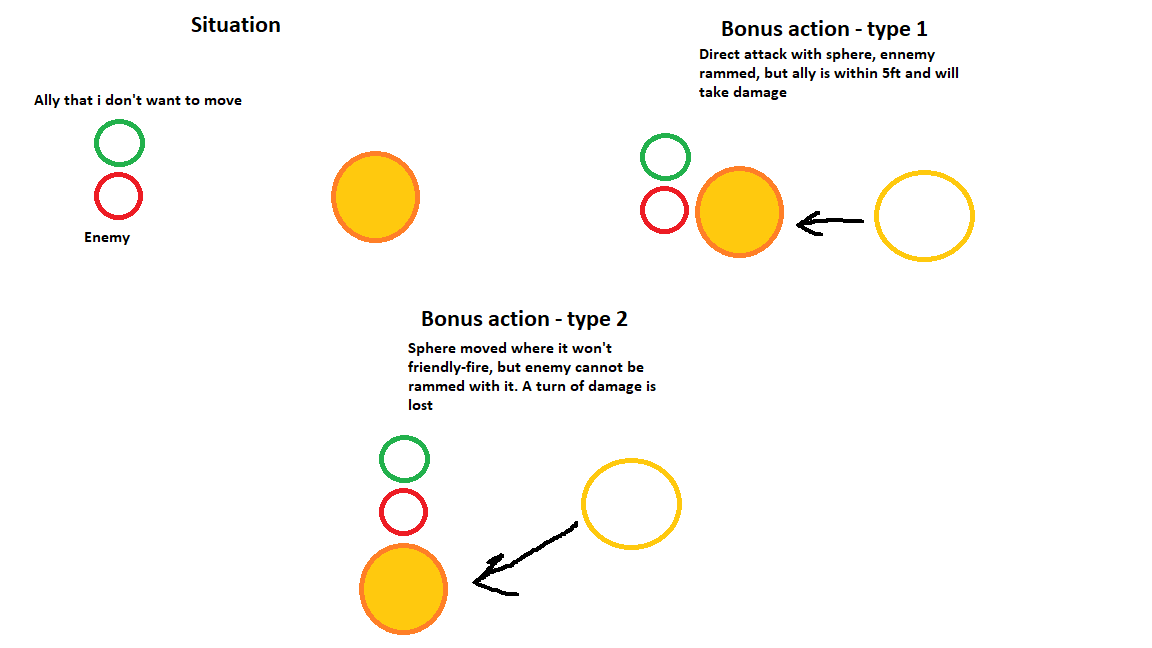 2nd: Dialogues are happening after fights. Maybe map specific? I have not tried to reproduce and, as it is my first playthrough, i have never gotten any further.

This has happened 2 times so far, first with Lizzaria in the laboratory and then with the skeletons in the castle courtyard. For both events, a fight is started (either I attack first (lab) or get spotted (courtyard)), I win said fight, and then the enemies i just killed respawn and a dialogue is started with an npc that wasn't even there to start with: Lizzaria or Adam. In the case of the lab, the respawned enemies (2 apprentices and some zombies) are then not hostile anymore (probably intended, I wasn't hostile toward Lizzie).

3rd: All roads lead to the lab. Probably intended due to not all content being there in early access?

While exploring a bit, i've found that three entrances (the 2 wells and the door - see red circles on the map) lead to exactly the same spot (the lab entrance stairs). I'm 70% certain that it's due to content not being there yet, but i still wanted to point that out. 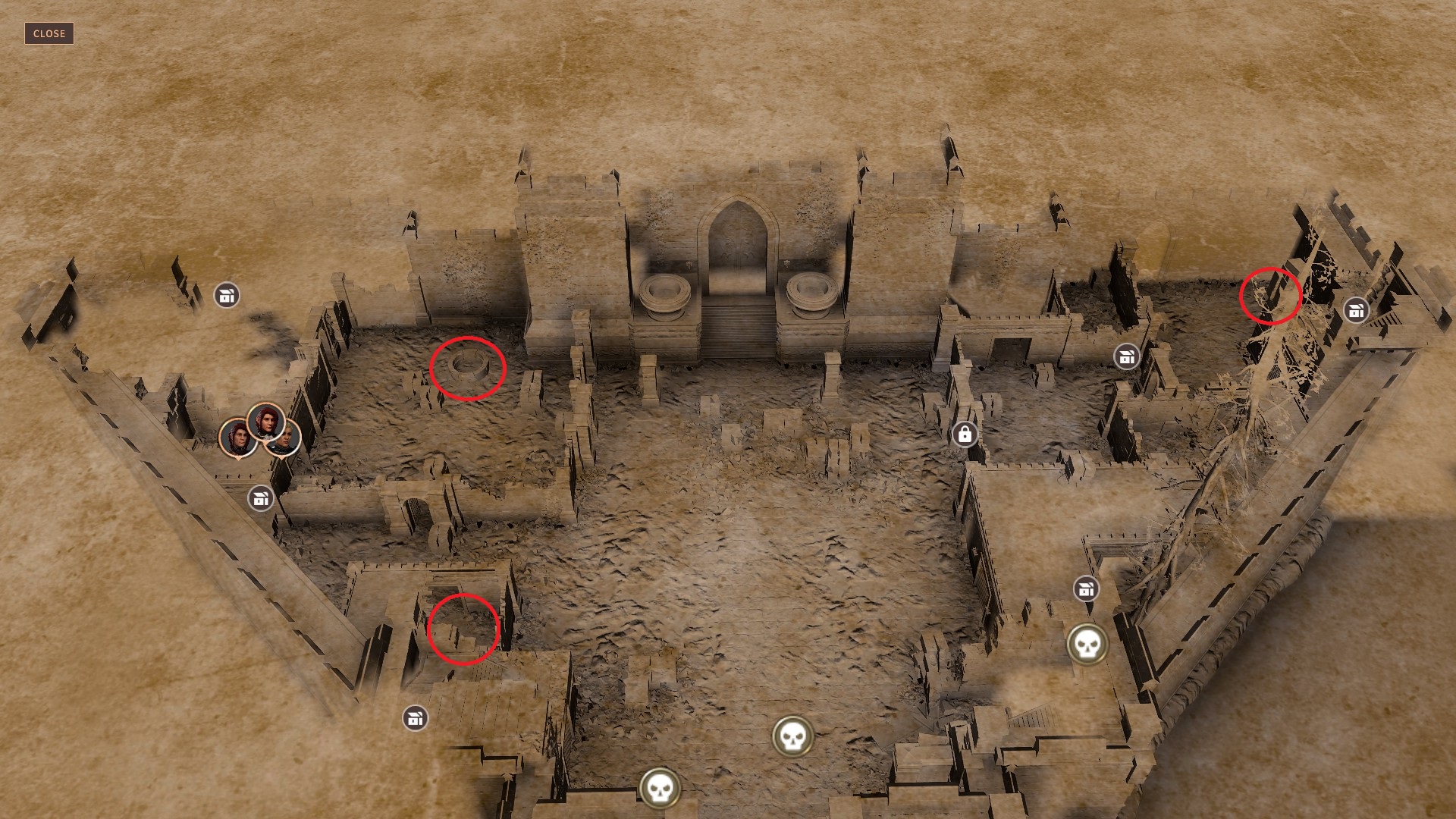