Paladin class' level 6 feature Aura of Protection in combat only applies on a character when that character gets a turn. In other words, when a paladin walks towards allies and stays close to them, those allies don't get the bonus from aura until their turn starts. Example: 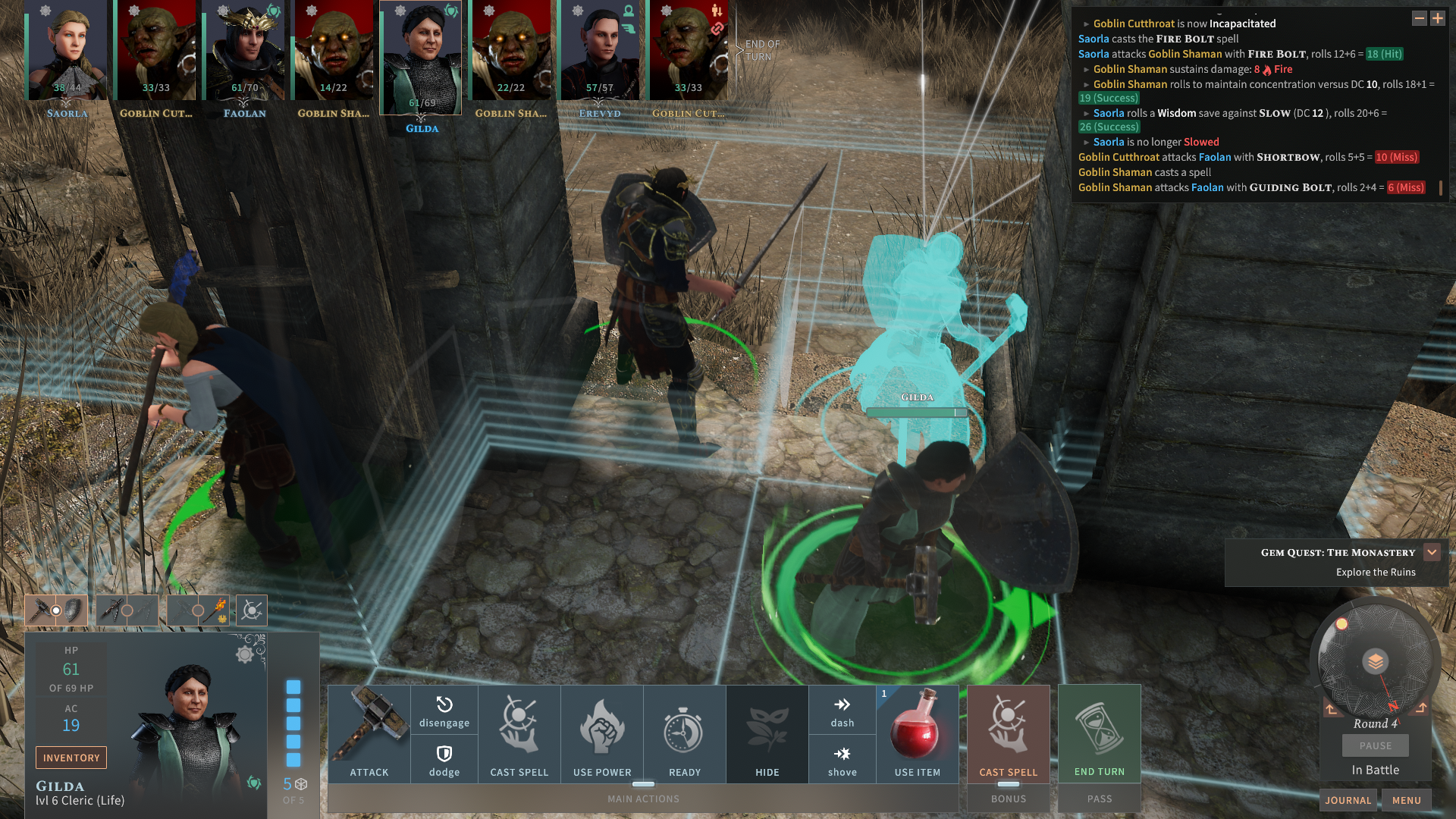 Paladin Faolan on his turn came equally close to two characters - Gilda and Saorla. None of them had the aura status effect on their portraits on initiative tracker. Than Gilda got a turn, and Aura of Protection icon appeared on her portrait - this is the moment on the screenshot. In the meantime, Goblin Shamans can (potentially) cast spells like Slow before Saorla's turn, so she won't get bonus from the aura despite standing within its range.

Save file at the moment of the screenshot: https://drive.google.com/file/d/1RY2UN1lb9tp28YlyYITpPPySwHc6H9zs/view?usp=sharing