3 years ago
That's right, in less than a week we've already reached more than 2,000 Backers and we're getting close to 50% of our goal! You guys are the best. Thank you so much for all your support and your feedback, keep on getting the word out there!
As the Kickstarter Campaign is starting to shape up, we also have a few announcements to make!
This week-end has been an active one. We've reached not one, not two... But SIX Achievements, unlocking two Social Rewards at once!
Here is where we're currently standing for the next Social Goals!
On this note, big thanks to Krisys for converting our 4 Kickstarter Characters... Into Pixel Art! They are just adorable (and yes, it does count as 4 Fan Arts). 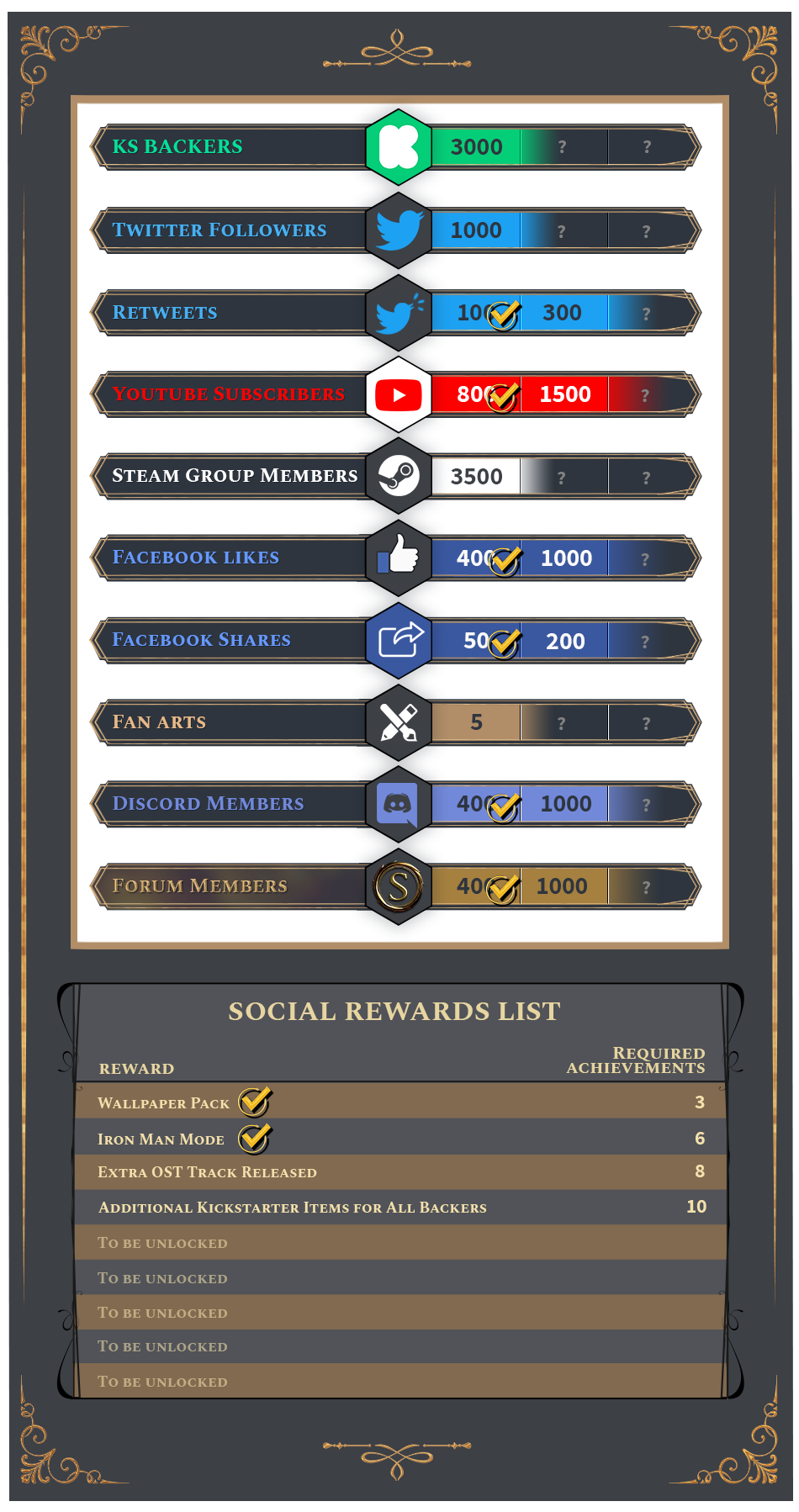